On April 13, the Saga Prefectural Assembly voted in favor of restart of the Genkai-3 and -4 Nuclear Power Plants (PWRs, 1180MWe each), owned and operated by the Kyushu Electric Power Co., and located in Saga Prefecture. 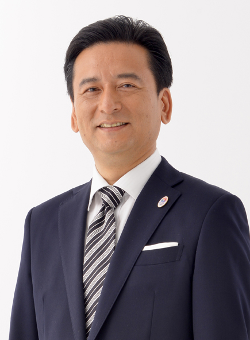 Based on the resolution of the assembly, Governor Yoshinori Yamaguchi will confer later this month with Minister Hiroshige Seko of the Ministry of Economy, Trade and Industry (METI) about overall energy policy. On behalf of the prefecture hosting the reactors, he is expected to make the final decision on whether the units will be restarted.

In January of this year, Japan’s Nuclear Regulation Authority (NRA) granted permission to the power utility to make changes to the reactor installations (i.e., a basic design approval) at Genkai-3 and -4 related to the safety examinations to confirm their compatibility with the new regulatory standards.

On April 9, then, Governor Yamaguchi met Koichi Yamamoto, Minister of State for Nuclear Emergency Preparedness (Cabinet Office), at the prefectural office in Saga City, and the two agreed that they would “make efforts for sustained improvement starting with the current evacuation plans and other matters.” On April 11, the governor convened an extraordinary assembly session to obtain its opinion on the restart of the two units.

At the opening of the assembly on April 11, the governor expressed his basic recognition that, given nuclear energy’s positioning as a key base-load power source in the national Strategic Energy Plan, restarting the two units “cannot be helped,” assuming that NRA confirms their safety, as required, and that citizens’ understanding can be obtained.

Governor Yamaguchi continued his statement by saying that he had heard the opinions of a wide range of people by holding explanatory meetings at five locations, putting up thirteen suggestion boxes around the prefecture, and holding meetings with heads of municipalities.

He also reported on the results of examinations of the two units by the prefecture’s own expert committee, which concluded that “the level of safety required to operate them is ensured.”

At the plenary session of the prefectural assembly two days later, on April 13, a majority of the members approved a resolution submitted by the Liberal Democratic Party (LDP) and others recognizing the necessity of restarting the two reactors.

Noting that activities in preparation for a severe accident had been confirmed by visits to sites, including the Sendai-1 and -2 NPPs (also owned and operated by Kyushu Electric Power) and the Ikata-3 NPP (owned and operated by the Shikoku Electric Power Co.)—all of which have already restarted—the resolution states that “there is no choice but to depend on nuclear power for the time being,” from the viewpoint of the current energy situation and in order to combat global warming.