Agency Reports on Decline in People’s Knowledge about Radiation

On September 30, Japan’s Consumer Affairs Agency released the results of an awareness survey of consumers in 11 prefectures nationwide (Iwate, Miyagi, Fukushima, Ibaraki, Saitama, Chiba, Tokyo, Kanagawa, Aichi, Osaka and Hyogo) concerning radioactive materials in foods. Conducted online from August 11 to 17, it was the sixth such survey since February 2013, with responses from about 5,000 people. 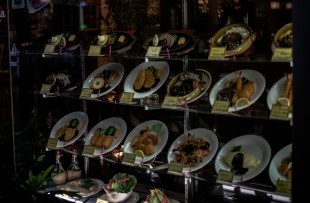 Fewer people than last time said that they had basic knowledge about radiation and its effects on the human body, including the different kinds of radiation, radiation units, and external or internal exposure, with an increase in those saying they didn’t know anything “in particular.” Notably, those saying that that they didn’t know anything in particular about radiation’s effects on the human body reached 35.2%, up substantially from the previous five surveys.

Regarding consumer awareness when purchasing food, some 67.1% of the respondents said that they were “concerned about” or “somewhat concerned about” the location of food production, around the same level as previous surveys. Of that group, those citing concern about radioactive substances in their food remained essentially unchanged, at 21.5%. Among the reasons for concern about the place of food production, the most frequently mentioned was food quality/taste, followed by price, freshness, and the desire to buy food free of radioactive substances. In the first survey of February 2013, the final reason had been the leading answer, coming as it was soon after the Fukushima Daiichi nuclear accident.

As for the respondents’ awareness and understanding about the specified radiation risk criteria and shipment restrictions, there was a decline in the ratio of those who said they wanted to eat food with “as little radioactive material as possible,” even within the criteria, while more people said that the criteria should be made stricter.

Some 45.2% of the survey respondents—a slight decrease from before—said that they knew that identical food items were not being shipped, distributed or consumed in municipalities where food had been found with radioactive materials over the criteria. On the other hand, the ratio of those saying that they didn’t know whether or not inspections were being implemented reached 34.7%, substantially up from the past five surveys.

As for what their main focus was when they bought buying food, the respondents most frequently cited such factors as price (63.8%), quality/taste (61.1%) and freshness (60.2%). Multiple answers were possible.