On January 20, Japan's Agency for Natural Resources and Energy (ANRE) began inviting opinions from specialists and experts on an interim report concerning specific requirements and standards for "scientifically promising sites" for the final disposal of high-level radioactive waste (HLW). The report was drawn up by a technical working group under the Advisory Committee for Natural Resources and Energy. 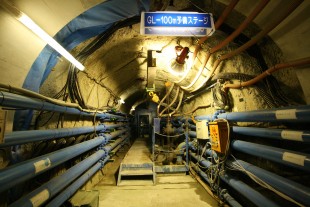 Under the national basic policy on HLW final disposal that was revised in May 2015, the government will identify scientifically “suitable” and “promising” candidate disposal sites. The working group discussed various matters, including avoiding the effects of natural phenomena, ensuring the safety of a disposal facility and its operation, and ensuring safety during the transportation of the waste, all from a geo-scientific perspective, including the possibility of technical measures. The interim report was drawn up in December on the results of its discussions.

ANRE decided to provide information to organizations, scientific societies, scholars and experts—in other words, those involved with geological disposal technology or who have written papers on the subject—contributing to a shared recognition. At the same time, it is asking for their input to enhance the documents and data to then be used to refine and finalize the results of the discussions. Opinions will be accepted through April 19, after which ANRE will make presentations to the relevant individual scientific societies.