On September 8, Professor Tetsuya Ohira of the Radiation Medical Science Center at Fukushima Medical University released the results of research by a team at the university, concluding that there was no relationship between external radiation doses following the March 2011 accidents at the Fukushima Daiichi Nuclear Power Plants, owned by the Tokyo Electric Power Co. (TEPCO), and the prevalence of thyroid cancer among minors aged 18 or younger who were found to have thyroid cancer during their first thyroid cancer examinations. 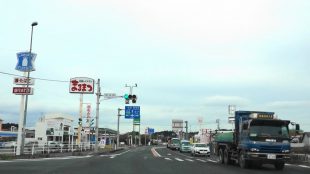 On September 2, a paper appeared concerning the results in the electronic edition of Medicine, an international medical journal, entitled, “Comparison of childhood thyroid cancer prevalence among 3 areas based on external radiation dose after the Fukushima Daiichi nuclear power plant accident: The Fukushima health management survey.”

Professor Ohira and others studied a total of 300,476 children, aged 18 and under and living in Fukushima prefecture, who had undergone examinations for thyroid cancer between October 2011 and June 2015.

The team then took a similar look at the prefecture classified into areas based on radiation dose analyses by the World Health Organization (WHO), which incorporated internal radiation doses, and again no relationship was seen.

In addition, using 129,321 children who both took thyroid examinations and were subject to the data survey, the group also looked for any relationship between individual external radiation doses and the occurrence among those who were 18 years old or younger and had been found to have thyroid cancer.

Professor Ohira commented, “We had already released findings on the prevalence of thyroid malignancies or possible malignancies by area, including Nakadori, Aizu and Hamadori. This time, we divided the municipalities by radiation doses for comparison. What is significant is that there was no difference by area or individual.”

He went on to say, “This paper is limited to a four-year period after the accident. We should continue the study in order to identify any distinctive changes.”