On August 26, Japan's Ministry of Health, Labour and Welfare (MHLW) established guidelines to serve as measures to manage the safety and health of workers at the Fukushima Daiichi Nuclear Power Plants, owned by the Tokyo Electric Power Co. (TEPCO). 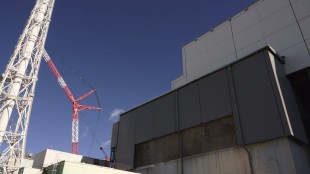 With deaths occurring during the decommissioning of the plants, and the sharp increase in the number of workers, MHLW developed a list of actionable items to effectively and efficiently realize the medium-range and long-term roadmap that was revised in June by TEPCO and other related parties. The roadmap outlines three areas needing attention, namely: (1) reinforcing the framework for managing worker safety and health, (2) implementing risk assessment, and (3) carrying out measures for the reduction of radiation exposure.

According to a report issued in fiscal 2014 by TEPCO’s the Fukushima Daiichi Decontamination & Decommissioning Engineering Company, describing the situation of disaster outbreaks at the site broken down by the length of workers’ experience, those workers with less than one year of experience accounted for 84% of the total number of incidents involving bodily harm (excluding heatstroke). It concluded that heightening the ability of new entrants to the worksite to foresee danger was an issue of urgent importance.

The MHLW guidelines contains seven items to be taught to new workers at the site by the plant chief and others, including the capabilities and handling of protective equipment, the handling of active personal dosimeters (APDs), the management of radiation doses, measures to prevent contamination, decontamination measures, the dangers of carrying out work while wearing protective suits, and first aid for injured and sick persons.