Hirono Town Back to 79.1 Percent of Its Original Population

On May 12, Hirono Town (Fukushima Prefecture), which had been temporarily evacuated in its entirety after the tsunami-caused accidents at the Fukushima Daiichi Nuclear Power Plants (NPPs) in March 2011, announced that the returnees to the town are now at a level of 79.1 percent of the original population, 20.7 points higher than in February. 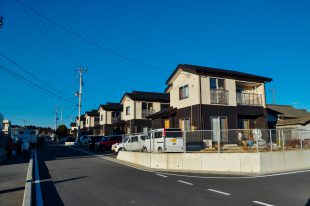 One factor that seems to have accelerated the return was the March 31 end, in principle, of a program of free evacuation housing for those who had left voluntarily—that is, people living outside the areas subject to the evacuation orders.

According to the town, as of May 11, a cumulative 3,900 people out of the original population of 4,932 had reported returning home: a total that was 966 people higher than in February.

Among the approximately one thousand town citizens still living away from the town, free temporary housing is still being offered to fifteen of them because their houses in the town must be rebuilt and this has not been completed. Of the thousand, those living within Fukushima Prefecture number 822, including 777 in neighboring Iwaki City.