On December 22, 2016, the Institute of Energy Economics, Japan (IEEJ), released its "Energy Outlook of Japan through 2017" (referring to the fiscal year from April 2017 to March 2018). While production and economic activities will improve, the outlook says, demand will decrease slightly due to continuing efforts at energy conservation. Given also that restarting nuclear power plants (NPPs) and expanding the use of renewable energies will push fossil-fuel consumption down, energy-derived CO2 emissions can be expected to decrease substantially to below the level prior to the giant March 11, 2011, earthquake. 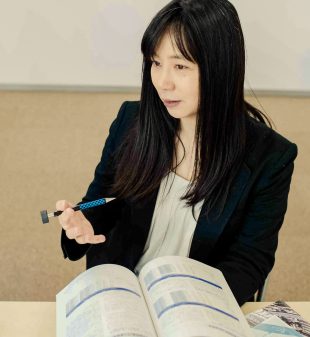 Regarding primary energy supply in Japan, integrated data for the so-called reference scenario are presented, showing a further decrease from 469.5Mtoe (the expected final result in FY16) to 468.0Mtoe in FY17. As for the composition of sources, on the one hand, oil and natural gas will decline while coal will increase slightly. On the other hand, there will be a conspicuous shift from those fossil fuels to nuclear power, renewable energies and others. The fossil-energy percentage is expected to fall below 90 percent for the first time in six years.

Regarding nuclear power, five Japanese NPPs have cleared examinations for compliance with the new regulatory standards and have resumed operation. If a cumulative total of fourteen NPPs are restarted by the end of FY17, as assumed in the reference scenario, the total generated electricity from nuclear will be 62.9TWh, while total imports of fossil fuels will amount to JPY15.9 trillion (USD138.2 billion at USD1=JPY115). Accordingly, the unit cost of electric power will be JPY6.8/kWh (USD59/MWh), and energy-derived CO2 emissions will be 1,105 megatons.

Additionally, in the “best-mix” case, referring to power source composition as presented in the Long-Term Energy Supply and Demand Outlook formulated in 2015 by the Agency for Natural Resources & Energy (ANRE) under the Ministry of Economy, Trade and Industry (METI), although the unit cost of electric power would climb by JPY0.5/kWh (USD4.34/MWh), total imports of fossil fuels and energy-derived CO2 emissions would decrease by JPY1.2 trillion (USD10.4 billion) and 101 megatons, respectively. The outlook states that nuclear power “will play an important role in achieving the 3E’s (energy security, economy and environmental protection).”

Partly due to the shutting down of all NPPs in the country after the earthquake of 2011, Japan’s energy-derived CO2 emissions increased for four consecutive years, reaching 1,235 megatons in FY13. With the use of more renewable energies and the restart of NPPs, however, as well as decreased demand, they fell to 1,190 megatons in FY14 and 1,148 megatons in FY15. In the latest IEEJ outlook, further reductions are expected, to 1,137 megatons in FY16 and 1,105 megatons in FY17, which will bring Japan closer to achieving 927 megatons of CO2 emissions – 26 percent less than the FY13 level – the target it had presented internationally for FY30.

Upon release of the outlook, Tomoko Murakami, group manager of IEEJ’s Nuclear Energy Group, highlighted key points and issues for FY17. Those included the following: (1) rationalization, (2) accelerated efforts and improved efficiency by the NRA in safety examinations under the new regulatory standards, (3) extension of operating lifetimes of the Tokai-2 (BWR, 1100MWe), owned and operated by  the Japan Atomic Power Company (JAPC), and the Ohi-1 (PWR, 1175MWe), owned and operated by the Kansai Electric Power Co. (Kansai EP), each of which will reach its forty-year mark in two years, (4) business risks as a result of judicial decisions, and (5) power utilities’ involvement in rebuilding a fast reactor development strategy.