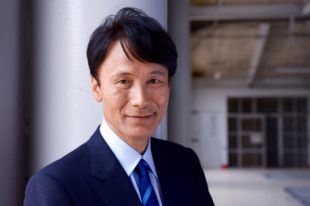 Claiming that safety in the event of an earthquake had not been fully ascertained, the governor sought a temporary halt to their operation and inspection. Given that governors in Japan have no legal authority to require suspension of operation, the request is considered quite exceptional, and raises a number of questions.

After clearing safety examinations by the Nuclear Regulation Authority (NRA) of Japan and obtaining approvals from then-Governor Yuichiro Ito and Satsumasendai City, Sendai-1 was restarted in August 2015 and Sendai-2 two months later in October 2015.

Governor Mitazono, an anti-nuclear TV commentator, was elected governor for the first time in July 2016, after promising to seek temporary suspensions of operation of the NPPs. The recent request fulfills his campaign commitment.

Unrelated to that development, Kyushu Electric Power will soon shut down the Sendai NPPs for periodic inspections: in October for Unit 1 and in December for Unit 2. Under those circumstances, if the power company rejects the governor’s request to halt operations, he may well protest the restart of the reactors after the periodic inspections.

The national government made local consent a condition for restarting any NPP for the first time after safety examinations are passed based on the new regulatory standards established by the NRA. It is not clear, however, if local consent is required when an NPP returns to operation after suspension for a periodic inspection.

As his reason for requesting the temporary suspension of the reactors’ operation, Governor Mitazono cited the concerns of prefectural citizens about the reactors’ seismic safety in the wake of a series of quakes having a seismic intensity of 7 (on the Japanese scale of 1 to 7) following the large earthquake in Kumamoto in April 2016. There are also unresolved issues related to evacuation plans, including evacuating the elderly and ensuring adequate numbers of vehicles.

The NRA, meanwhile, had inspected and reasserted the safety of the reactors after the earthquakes. Reacting to the governor’s call for a halt and inspection, NRA Chairman Shunichi Tanaka asked, “What would be inspected again?”

The evacuation plans, meanwhile, were initially issued under the responsibilities of the prefecture and local municipalities. No situation can be anticipated perfectly, no matter how it is considered. Improvements should always be sought wherever possible, as a matter of course. Why is it necessary now to shut the reactors down to do so?

If NPPs are restarted with local consent but then suspensions are requested after a new prefectural governor has taken office, the stability of electricity supplies is put at risk. Nor can power companies make and carry out business plans with any certainty—a situation that could adversely affect regional economies.