On April 28, Japan's Ministry of the Environment (MOE) officially decided on a new rule regarding so-called “specified waste” from the March 2011 accident at TEPCO's Fukushima Daiichi Nuclear Power Plants, to the effect that when the concentration of radioactive cesium in such waste falls below 8,000Bq/kg, the waste will no longer be deemed specified and may be disposed of in the same manner as ordinary waste. 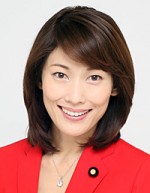 MOE revised its ministerial ordinance under the Act on Special Measures Concerning the Handling of Pollution by Radioactive Materials, and those revisions took effect the same day. At a press conference, MOE Minister Tamayo Marukawa said, “The national government will deal with the matter, after lifting the designation, together with local municipalities.”

Specified waste is generated primarily in five prefectures—Miyagi, Ibaraki, Tochigi, Gunma and Chiba—and has been temporarily stored at such places as waste treatment facilities, sewage plants and on farmers’ private property. Radioactive concentrations have fallen naturally in the five years since the nuclear accident, and there are increasing volumes of waste with concentrations lower than the criteria. There had, however, been no clear rule on lifting the designation, and municipalities had asked the government to issue such a rule as swiftly as possible.

Under the new rule, either the MOE or the municipality will check the level of radioactive cesium concentration, and lifting the specified waste designation will be determined in talks between the two parties. After the lifting, municipalities will be able to dispose of the waste as ordinary waste.

In the case of specified waste stored in Miyagi Prefecture, re-measuring by the MOE showed that the radioactive concentrations in 2,300 tons of it—two-thirds of the total—were lower than the criteria.