On September 29, the National Nuclear Union staged a gathering in Tokyo. The union is engaged in activities around the country to enhance understanding on nuclear power toward the early restart of the country’s nuclear power plants, most of which remain shut down after the 2011 nuclear accident at the Fukushima Daiichi NPPs.

Based on the recognition that the Japanese public increasingly misunderstands nuclear power as accurate information is not circulated and improper information is disseminated intentionally by anti-nuclear groups, the meeting included a panel discussion on the theme of “Thoughts on Misunderstanding Nuclear Power.” To emphasize the female viewpoint, all six participants in the panel, including college students, were women.

Before the discussion began, Noriko Kimoto, former commissioner of the Japan Atomic Energy Commission (JAEC) and a joint representative of the National Nuclear Union, delivered a greeting. Since Japan is the only nation to have experienced nuclear bombings, people are apt to approach nuclear power with fear, she said, meaning that their literacy on radiation and other matters is lower than that of other countries. She emphasized the need to disseminate accurate information grounded in facts.

After her greeting, Dr. Katsuko Uno of the Louis Pasteur Center for Medical Research, Tamao Hosokawa, a political journalist, and Tomoko Murakami of the Institute of Energy Economics, Japan (IEEJ), each made presentations, respectively, on the effects of radiation on health, the relationship between energy-producing and energy-consuming areas, and the public’s ignorance and misunderstanding of global nuclear trends.

Dr. Uno pointed out that divergent stances toward low-dose radiation by separate fields and for different purposes has caused confusion. She emphasized that “overstating” and “understating” risks are both irresponsible. Looking back to when the accident occurred at Fukushima Daiichi, she said that radiation doses in Minami-Soma City (some 20km north of Fukushima Daiichi) were “not so high, but some people died from starvation.” She appealed for measures on behalf of those who have difficulty evacuating in an emergency. 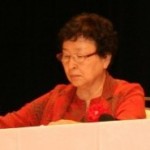 Next, Murakami, referring to the mistaken belief that the course of global nuclear development reversed itself instantly after the Fukushima Daiichi accident, presented data showing that the resurgence of the construction of new NPPs, primarily in China and other Asian countries. As for the view that aging reactors are “uniformly dangerous,” she referred to the Beznau-1 (PWR, 380MWe) in Switzerland, commissioned in 1969, as an example of how such general statements are invalid. As an engineer, she explained that people must look “squarely” at what is going on in the world and make cool judgments based on accurate scientific knowledge. 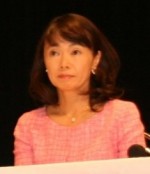 In response, one of the student panelists said, “Unless the risk was zero, I would stay away if I were a mother, remaining evacuated.” Another said, “Views differ from book to book.”

Hosokawa answered that although she was a “complete amateur” in the field of energy, she has visited NPPs all around the country as a journalist to investigate them and write stories. She told the students that many women oppose nuclear power because they simply don’t study the subject enough. She urged them to do just that—study—while they were still students, saying, “Study, read widely, and listen to what different people say.”