Held on April 9, the first day of the two-day 52nd JAIF Annual Conference, Session 1 affirmed the value of nuclear energy as a low-carbon power source for the future, based on Japan’s fifth Strategic Energy Plan issued in July 2018. Another topic considered by the participants was measures for nuclear energy’s growth in harmony with renewable energies. Director-General Kenji Yamaji from the Research Institute of Innovative Technology for the Earth (RITE) served as the moderator for the session. 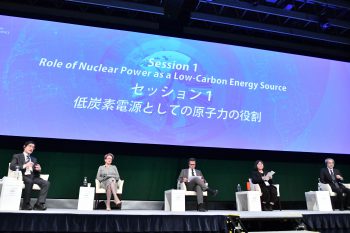 Following a keynote presentation by Vice Chairperson Thelma Krug of the Intergovernmental Panel on Climate Change (IPCC), a panel discussion ensued with the participation of Krug, Director General Yves Desbazeille of FORATOM, Professor Yukari Takamura at the University of Tokyo’s Institute for Future Initiatives, and Associate Professor Ryoichi Komiyama of the Department of Nuclear Engineering and Management at the same university’s Graduate School of Engineering.

IPCC’s Krug started out by explaining her organization’s Special Report on Global Warming of 1.5 degree C, issued in October 2018. She talked about various scenarios for greenhouse gas emissions to limit global warming to 1.5 degree C above pre-industrial levels, in the context of strengthening global responses to the threat of climate change, and in support of sustainable development and efforts to eradicate poverty. 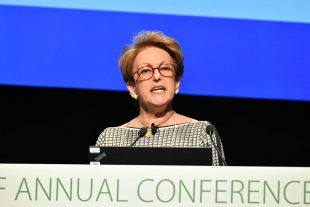 She also noted that under current circumstances, temperatures could rise 1.5 degree C from 2030 to 2050, adding that it was necessary to reduce greenhouse gas emissions in all sectors—the most important element of which is the realization of zero carbon emissions in the power sector—thus setting the direction for the discussion.

Regarding the threat which climate change poses to human existence, Krug pointed to the high risk of flooding, particularly in Southeast Asia and low-lying islands. Admitting that there was still some uncertainty about the ramifications, she warned that the difference between a 1.5 degree C and a 2 degree C rise in temperature could mean a ten-centimeter difference in the level of the sea, and it would threaten the lives of ten million people. 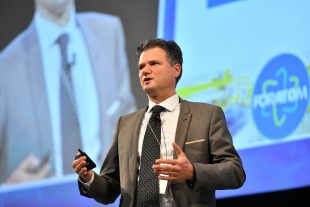 Next to speak was FORATOM’s Director General Desbazeille, who first explained his organization’s mission as a group of nuclear associations in fifteen European countries, whose members represent over 3,000 companies. He talked about the strategy of the European Commission (EC), wherein renewable energy and nuclear energy will both constitute part of the backbone of a carbon-free European power system. He also presented FORATOM’s analysis and scenario for the role of nuclear energy toward 2050. 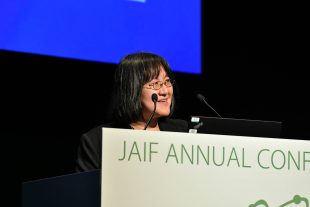 Meanwhile, based on her experience issuing proposals for Japan’s long-term strategy based on the Paris Agreement, University of Tokyo Professor Takamura referred to the expansion of investment in the introduction of renewable energy. As for nuclear energy, she pointed to societal receptiveness and the issues of competitiveness in the market, also citing the need to redefine the role of nuclear energy in the course of various changes since the Paris Agreement, which went into effect in 2016, instead of arguing as if renewable energy and nuclear energy were somehow in opposition. 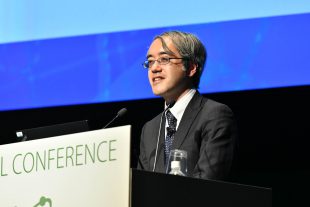 Also, the same university’s Associate Professor Komiyama talked about the coexistence strategy for nuclear and renewable energy as advocated in a research report issued jointly by the Massachusetts Institute of Technology (MIT) and the Institute of Energy Economics, Japan (IEEJ), among others. Referring to simulations of nuclear energy’s competitiveness given the introduction of renewable energies in large quantities, he pointed out the benefits of nuclear energy in addition to its value as a base-load power source. Namely, those benefits comprise nuclear energy’s reliability of supply, its ability to adjust output, its non-fossil value, and its use for multiple purposes. He also emphasized the need to develop a “new business model.”

After each panel member spoke, there was a question from the floor about whether the costs for the final disposal of high-level radioactive waste (HLW) were being properly calculated. Komiya responded, with a note of concern, that unless the entire industry concentrated its wisdom on back-end issues, no convincing argument would exist for constructing new nuclear power units in the future.

IPCC’s Krug, whose special presentation at the session had emphasized the role of nuclear energy in resolving global warming issues, said that the matter of nuclear power needed to be discussed with the public, adding that hydropower and bioenergy also had their own hazards. She then noted that a judgment should be rendered based on accurate information. 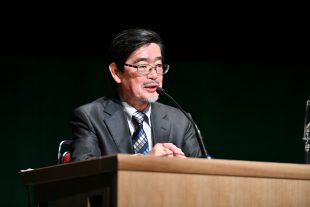 As the session wound down, RITE’s Yamaji, the moderator, looking back on it, observed that institutional and societal issues had not been discussed. He then concluded that the most difficult thing about nuclear energy was to obtain understanding from the public. Despite that, though, he said that it was an issue worth pursuing.