The 63rd General Conference of the International Atomic Energy Agency (IAEA) is being held from September 16 to 20 in Vienna, Austria. The conference began with all participants observing a moment of silence to express their sorrow and respect for the late Director General Yukiya Amano, who passed away in July. 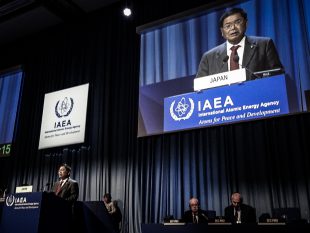 Naokazu Takemoto, who just became Minister of State for Science and Technology Policy in the formation of a new Japanese Cabinet on September 11, participated in the conference as one of the representatives of the Japanese government. In his remarks, he first expressed appreciation for the decision by the IAEA to name one of the facilities at its Seibersdorf laboratories after the deceased Director General Amano.

He then noted Amano’s achievements in pursuit of “Atoms for Peace and Development,” and expressed the wish that his advocacy and intentions be carried on in the generations to come, leading to the promotion of peace and stability of international society.

He also said that discussions were now being made of the final handling of the water after the purification process has been completed. In terms of keeping the international community informed, he described Japan’s efforts to explain matters to the diplomatic corps in Japan, something that it had begun right after the accident, and emphasized Japan’s commitment to transparent explanations. 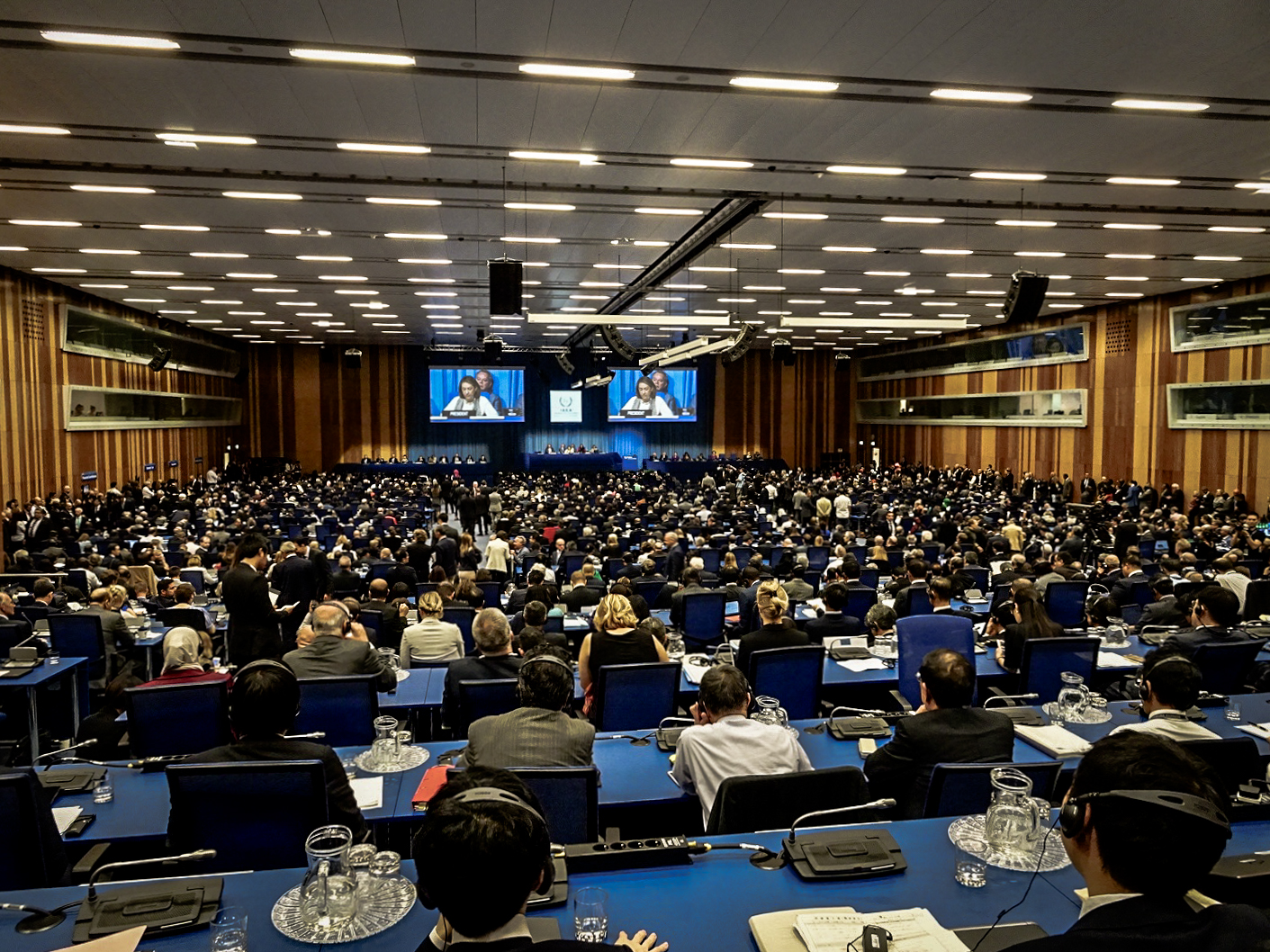 Citing a specific recent example, Takemoto said that Japan was being criticized for its decommissioning and contaminated water measures without any scientific grounds. Japan, he says, releases accurate scientific information on such topics, and asked all countries to discuss such topics through fair, logical means based on the information Japan releases.

Toward the end of the plenary session on the first day of the conference, there was a harsh exchange between representatives of South Korea and Japan over the issue of the final handling of water stemming from the decommissioning of Fukushima Daiichi.