Today, the national government released the so-called "map of scientific characteristics," which displays, on a nationwide map, the scientific characteristics of each region of Japan relating to the geological disposal of high-level radioactive waste (HLW). Created by organizing existing data, the map was developed through discussions undertaken by the geological disposal technology working group established within the Advisory Committee for Natural Resources and Energy, part of the Ministry of Economy, Trade and Industry (METI). 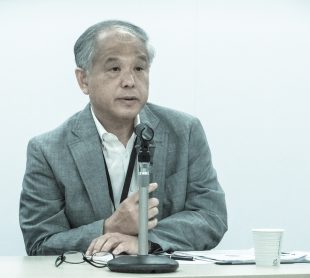 The map’s presentation is the first step on a long road that will eventually lead to the realization of the geological disposal of HLW. It does not, however, contain a determination of the site of final disposal, the selection of which will require further detailed surveys.

It can be said that it behooves our generation, enjoying the benefits of nuclear power in this age of prosperity, to promote efforts toward final HLW disposal. Now that the map has been released, the public ought to become more interested in the issue. It is our hope that the issue of HLW disposal will be discussed in various places around Japan.

All stakeholders involved in nuclear power must strive to ask questions broadly about the final disposal of HLW, as a national task, thereby gaining the public’s understanding. JAIF, together with the nuclear industry as a whole, intends to disseminate information and carry out dialogues concerning the necessity of the geological disposal project.