On August 23, an interim report was released by the Special Committee on the Nuclear Damage Compensation System under the Japan Atomic Energy Commission (JAEC) released, referring to the possibility of increasing the amount of the government's portion of compensation for nuclear damage, the total of which is currently limited to JPY120 billion (USD1.2 billion at USD1 = JPY100). 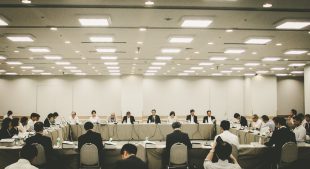 At the same time, the special committee did not yet conclude whether to end Japan’s so-called “unlimited liability system” for nuclear damage, whereby a power utility that causes a nuclear accident faces unlimited liability on the damage amount. Thus, it remains unclear how the national government and power utilities should share responsibility for that.

Under the Atomic Energy Damage Compensation Law, any power utility operating a nuclear power plant must conclude indemnity agreements with the government and private-sector insurance firms to secure JPY120 billion in funds for compensation. The interim report clearly indicates that an increase in that amount ought to be considered.

The Japanese government has incrementally boosted that amount over time: from JPY5 billion when the Atomic Energy Damage Compensation Law took effect in 1962, to JPY120 billion in 2010. In the March 2011 accident at the Fukushima Daiichi Nuclear Power Plants, owned by the Tokyo Electric Power Co. (TEPCO), damages soared to more than 50 times that amount—above JPY6 trillion (USD60 billion)—and the JPY120 billion that TEPCO received in insurance compensation immediately afterwards was a drop in the bucket compared with what was needed.

To get around that situation, the government established the Nuclear Damage Liability Facilitation Fund (NDF) in 2011—now renamed the Nuclear Damage Compensation and Decommissioning Facilitation Corporation (NDF)—and has been pursuing a new mechanism whereby other major power utilities in the country, including the Kansai Electric Power Co. and the Chubu Electric Power Co. would have to share the burden of compensation with TEPCO.

The special committee was formed in May 2015, including university professors and lawyers, to design a system designating what entity would be liable, and for how much, if another major accident occurs. The recently released report does not mention how much the increase beyond JPY120 billion would be, however.

To speed up advanced payments of compensation by the government—implemented as an emergency measure after the Fukushima Daiichi accident—the report specifies the need to pass a general law in place beforehand. It also says that the system should include means whereby claims for compensation are not barred by statutes of limitations.

As for the question of whether power utilities causing an accident should face unlimited liability—as the situation stands now—or limited liability, the committee members remain divided.

One of the members, Executive Director Yuka Matayoshi of the securities company, Mitsubishi UFJ Morgan Stanley, made two points: (a) if maximum liability were to be limited on the order of tens of trillions of yen (i.e., hundreds of billions of dollars), it would be virtually the same as unlimited liability; and (b) even with unlimited liability, the portion to be paid by a power utility would effectively be limited if the government bore a certain amount of the compensation burden through insurance and the like.

She then urged that the discussion move away from a binary opposition between limited and unlimited liability, and instead toward the topic of the “virtual sharing” of the liability.

Another special committee member, law professor Shigeru Takahashi of Hitotsubashi University, noted that there were too many variables in the assumptions: namely, from the business scale of the companies, to the nature of the accidents themselves. He stressed the importance of designing the system to be flexible in response to various incidents.

The special committee will next meet on September 8. In the context of desired relief procedures, it will discuss the arbitration measures necessary to reduce burdens on victims, including tolling statutes of limitations (i.e., pausing or delaying them), and honoring mediated settlements.