On April 17, a meeting was held by the Nuclear Regulation Authority of Japan (NRA) to exchange views and opinions with representatives of the country’s electric power companies. 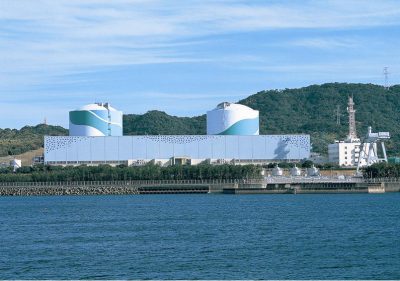 Kyushu Electric Power, which was able to restart its nuclear power plants earlier than other operators in the country, explained its efforts to build facilities to respond to specific severe accidents (so-called “specific safety facilities”), as required by the new regulatory standards, in anticipation of terrorist attacks and the like.

The phrase “specific safety facilities” basically refers to facilities designed to withstand intentional attacks by aircraft. The details of the facilities planned for each NPP are not made public for security reasons.

According to the company’s Toyoshima, more time is now required for construction—now expected to exceed six years—as completion by the original five-year deadline has proved to be difficult. At the Sendai-1 (PWR, 890MWe), the first unit to be restarted after the nationwide shutdown, for example, the deadline for construction of such facilities is March 17, 2020, less than one year from now.

The same concerns have been raised by the country’s power utilities at regular NRA press conferences held every Wednesday, at which they have specifically asked what sort of response the NRA would make if facilities were not completed by the deadline.

At the meeting, Toyoshima explained the efforts being made by each power company in the country to shorten their work periods, including changes to improve efficiency, removing earth from sites using dump trucks and vessels, and carrying out continuous 24-hour, double-shift operations.

Similarly, Kansai EP’s Morinaka emphasized that the outlook for construction had been too optimistic, and that the civil engineering work involved was of greater magnitude and more difficult than initially estimated. All the power companies have done their best, he said, but want the NRA to understand the current reality of situation. He thus asked it for its consideration.

NRA Chairman Toyoshi Fuketa responded to those concerns by reiterating his explanation of the confirmation that existing facilities followed the new regulatory standards via so-called back-fit measures. He also repeated his explanation of the significance of establishing transitional measures, including the aforementioned grace periods.

He then demonstrated his intent to consider the power companies’ positions, saying that his organization wants to discuss future policy “promptly” at a public NRA meeting.

Also, at the same meeting, Chubu Electric Power’s Kurata explained the policy of the Atomic Energy Association (ATENA) concerning the response to regulatory issues. The members present at the meeting then exchanged opinions and views on dialogues with the regulator, the carrying out of which is one of ATENA’s missions.