On November 27, Governor Issei Nishikawa of Fukui Prefecture held a press conference at the prefectural office in Fukui City, at which he expressed his agreement to restarting the Ohi-3 and Ohi-4 Nuclear Power Plants (PWRs, 1180MWe each), owned and operated by the Kansai Electric Power Co. (Kansai EP) in Ohi Town. With the prefecture's agreement, Kansai EP is to restart Unit 3 in mid-January and Unit 4 in mid-March next year.

Later, in the afternoon of the same day, the governor called Hiroshige Seko, head of the Ministry of Economy, Trade and Industry (METI), notifying him of his assent.

Both Ohi Town and the prefectural assembly had already agreed to restarting the two units. Now that the governor has consented, local procedures for agreements on the restarts have been completed.

Meanwhile, Kansai EP’s Takahama-3 and Takahama-4 NPPs, located in Takahama Town, Fukui Prefecture, have already resumed operations after having been shut down. That means that multiple units at multiple nuclear power stations will be in service in the prefecture for the first time since 2011, when an accident took place at the Fukushima Daiichi NPPs of the Tokyo Electric Power Co. (TEPCO).

At the press conference, Governor Nishikawa explained that he comprehensively considered the opinions of the town, prefectural assemblies, the government, and Kansai EP about establishing an intermediate storage facility for spent fuel outside the prefecture.

As part of that, the governor had asked Kansai EP to present a concrete plan for an intermediate facility to store the spent fuel elsewhere. On November 23, the power company’s president, Shigeki Iwane, expressed his company’s intention to announce a site for the plan during the upcoming fiscal year (ending March 31, 2019).

On November 25 and 26, Governor Nishikawa met with Minister of State for Nuclear Emergency Preparedness Masaharu Nakagawa and METI Minister Seko. The latter asked the governor for his understanding on restarting the two units, in response to which the governor said that he would “render a judgment that the citizens of the prefecture could be confident in.” 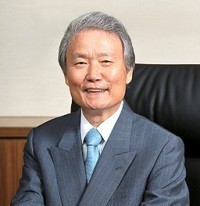 At a press conference held on November 27, Chairman Sadayuki Sakakibara of the Keidanren economic organization stated that Japan’s business world “welcomed” the agreement of the Fukui governor to having the Ohi-3 and Ohi-4 NPPs restarted, adding that the operation of those NPPs that had gained local consent ought to be resumed as early as possible.

Sakakibara stressed that as nuclear power was “an important baseload energy source,” those NPPs that had passed examinations by the Nuclear Regulation Authority (NRA) “should be restarted swiftly,” referring to the developments at Ohi-3 and Ohi-4 as “being in line with that trend.”

He also announced that he planned to make an inspection tour of the Ikata NPPs of the Shikoku Electric Power Co. on December 7, saying that the business world needed to “get a firm grasp” of the actions “in the field” being made toward NPP restarts.