At a press conference on April 15, Governor Masao Uchibori of Fukushima Prefecture said that he “truly regretted” that a report on April 11 (April 12 Japan time) by an appeals panel of the World Trade Organization (WTO) had not recognized Japan’s argument in the matter of restrictions on imports of Japanese marine products imposed by South Korea. The judgment overturned most of the decision that had been made by an earlier dispute panel. 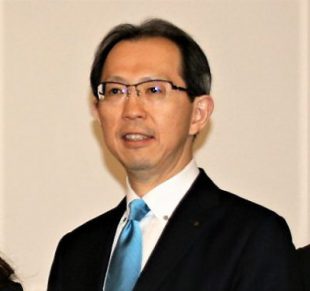 South Korea has suspended imports of all marine produce from Fukushima along with that from the seven prefectures of Aomori, Iwate, Miyagi, Ibaraki, Tochigi, Gunma and Chiba. It has also blocked spinach and other agricultural imports from Fukushima, Gunma, Tochigi, Ibaraki and Chiba Prefectures.

Insisting that South Korea’s restrictions run contrary to the WTO agreement, Japan has, since 2015, called for a withdrawal or relaxation of the ban, including negotiations with South Korea, and for the creation of the case-specific WTO dispute panel to resolve the conflict.

Upon the appeals panel’s announcement of its ruling, Japan’s Chief Cabinet Secretary Yoshihide Suga emphasized, at a press conference held after a Cabinet meeting, that the ruling had been based on an interpretation of WTO rules, and thus did not challenge the earlier substantive determination by the dispute panel that Japanese foods were “scientifically safe and fully meet Korean’s safety standards.”

He then said that the Japanese government would continue to press South Korea for a total withdrawal or relaxation of the restrictions.

At the news conference, Fukushima Governor Uchibori reiterated that the prefecture would continue, in cooperation with the national government, to further disseminate information on the excellent quality and safety of products produced in the prefecture.

Asked whether deep-rooted fears and misinformation still existed in other countries eight years after the Fukushima Daiichi NPP accident, the governor responded that eliminating “fears and rumors” would be a long-term “battle.” There is no easy “remedy,” he said, other than making thorough explanations to each country. Since the accident, the import of marine and agricultural products from Fukushima have continued to be restricted in twenty-three countries and regions worldwide.

In January, the governor visited Hong Kong on a so-called “top-sales” mission, which included a seminar for mass media. Hong Kong, which is Japan’s largest export market for agricultural, forestry and marine products, still maintains restrictions on many products from Fukushima.

Regarding the removal of fuel from the spent fuel pool at Unit 3 of the Fukushima Daiichi NPP, which began on the morning on April 15, Governor Uchibori said that he wanted the decommissioning to proceed safely and steadily.

A total of 566 fuel assemblies (514 spent fuel assemblies and 52 unused ones) are currently stored at Unit 3. They will first be removed by remotely-controlled fuel handling equipment, after which they will be placed in on-premises transportation containers, and finally moved to a common pool at the site.

The first fuel assemblies to be removed will be seven unused ones. According to the official “mid-to-long-term roadmap” toward decommissioning, the start of their removal had initially been slated for the middle of FY2018 (April 2018 to March 2019), but became delayed owing to various difficulties.