On March 4, "Presentations by Atomic Industry 2018," a seminar partially hosted by the Japan Atomic Industrial Forum (JAIF), was held in Akihabara in Tokyo. Similar events are carried out annually to publicize employment opportunities among job-hunting students at companies and organizations in the nuclear industry, as well as to present information about and promote understanding of the nuclear industry and nuclear energy in general. 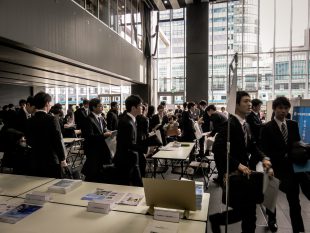 Some three hundred students, considerably more than last year, visited the booths set up by thirty-six participating companies, and they listened enthusiastically to the explanations. The seminar was repeated in Osaka one week later, on March 11.

Five more companies participated in the Tokyo seminar this year than the previous year. All in all, the need for human resources to be involved in nuclear safety appears to be increasing. 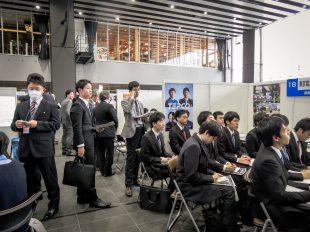 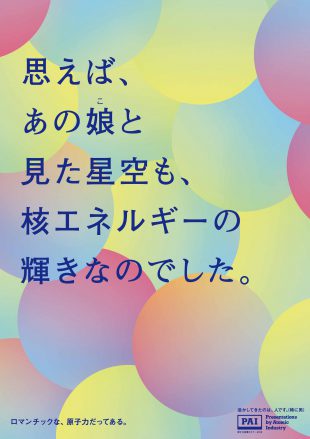 The Japan Nuclear Safety Institute (JANSI) took part for the first time this year. It expressed high hopes for hiring new graduates, saying that it seeks young people who share its vision and identify with its mission of pursuing the world’s highest level of safety for Japan’s nuclear industry. At the JANSI booth, students asked about such things as how JANSI and the regulatory authority split their roles, how independent it is from operators, and which areas women were active in.

The number of students turning out in Tokyo this year was the highest since the March 2011 accident at the Fukushima Daiichi NPPs, after which it dropped significantly. The recovery may be attributed to the seminar organizers’ efforts to publicize it to students through an employment information site, along with posters shown at universities and explanatory visits made in advance of the seminar. Pre-events were also held in both Tokyo and Osaka.