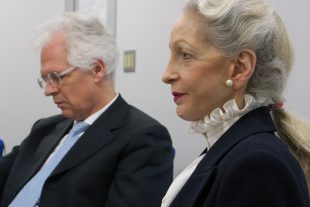 Saying that “safety culture is nearly sufficient” at TEPCO, Judge expressed her view that the power company had reached the point of being able to operate its nuclear power plants (NPPs) safely. Meanwhile, Lester gave high marks to Japan’s nuclear technology, adding that he expected the country would play an international role in the area of innovation, which could result in resolving global climate change issues.

——To continually improve safety, it is necessary to accumulate results in safe operation. At many NPPs in Japan, however, the national regulatory authority for safety examinations has carried out endless procedures before allowing them to resume operation, creating the current situation in which operational experience and safe operational results cannot be accumulated. Under such circumstances, how should we work toward safety improvement?

Judge: I think what has been done at TEPCO serves as a useful reference. Let me explain why. In the wake of the accident at Fukushima Daiichi, TEPCO recognized the deficiency in safety culture, since when it has been implementing a new program. Specifically, it is a program to educate employees about what safety culture is, and to enhance safety awareness company-wide. TEPCO started by educating its top management, middle management, and then the workers at its NPPs, including the actual operators there.

Why begin with top management? Because unless company management has solid faith in the importance of safety culture and a commitment to it, the message of safety awareness will not be taken seriously by the people at the work sites. In addition, by making use of external specialists and experts in training and counseling sessions at all levels of the company, TEPCO increased its own in-house “inventory” of safety culture awareness and understanding.

The use of outsiders also made it easier for employees to ask questions that they might hesitate to ask internally. It is particularly valuable that the company has pursued internal reform in a manner that recognizes what can be learned from others—just like getting ideas for one’s house by seeing what one’s neighbors have done. The World Association of Nuclear Operators (WANO), an international organization promoting nuclear safety improvement, has been continuously involved in safety culture education as well.

In parallel, the steps to be taken when responding to a nuclear accident were examined in detail, and practical training was given in how to execute them at work sites. In that way, too, TEPCO has made company-wide efforts to improve safety awareness, from management to the workers on site.

TEPCO’s new Internal Audit and Management of Quality & Safety Department—another important addition—independently monitors practices in the nuclear sector. With attention to daily behavior and activities, the audit oversees the effectiveness of the whole series of reforms, including levels of safety awareness throughout the sector. Those kinds of monitoring activities also serve to verify efforts from the perspective of the public, facilitating the restoration of their trust.

——The Nuclear Regulation Authority (NRA) of Japan plans to introduce a new inspection system for safety improvement next spring.

Judge: I hope that the NRA will begin the new inspection system, and that improved, practical procedures will be established. It is important, however, that a relationship be established in which the NRA and the nuclear industry can openly speak and express their opinions to each other. Only then, I think, can they have constructive, productive discussions on NPPs.

——Japanese nuclear technology and the human resources supporting it were once said to be top-class globally, but since the accident at the Fukushima Daiichi NPPs, the confidence of the Japanese public has been lost. Since then, do you think that TEPCO and the other Japanese nuclear operators, through their various reforms, have successfully fermented and instilled a safety culture worthy of NPP operators?

Judge: Safety culture is a journey. The road is long. But TEPCO has made good progress.

It has carried out various activities and asked external specialists and experts for advice and investigations. It has undergone NRA inspections and made improvements in response to the results. In my opinion, TEPCO is ready. Its safety culture has reached the stage where it can operate NPPs safely. 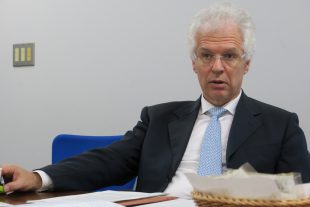 Nevertheless, the regulatory authority makes the final decision on the restart of NPPs. TEPCO is subject to regulation by the NRA and others. It is important that efforts be made to help people understand that the company is competent for safe operations under national regulation, even as it itself endeavors to ferment and further instill safety culture.

Lester: The concept of safety culture is an important one not only for Japan, but for all countries with nuclear power. Looking at how TEPCO responded to the accident, some people noted that its safety culture had been impaired due to its overconfidence.

—— Regarding radiation effects after the accident, the issue of unfounded fears and rumors has remained, both at home and in countries that are hesitant to import Japanese foods. How do you think that should be countered—information disseminated—so as to achieve accurate understanding internationally and domestically?

Judge: This is my personal experience. Last year, when I visited Fukushima, I ate pears. I vividly remember that they were so good. I was also given the chance to meet many local people and enjoy meals with them.

I would like people to do as I did, visit the place—[meeting] scientists, teachers, mothers with children, entertainers, more. As they do that, eating the local foods and seeing for themselves how good they are, they will tell their friends and acquaintances. I think that this is the ideal “information dissemination” method. The national and municipal governments should be more committed to policies supporting the sharing of accurate information.

And although this is only my personal view, unfortunately, there appear to be political intentions behind the unfounded fears and rumors in the context of international relations. I have concerns about that.

——One extreme view in Japan is that because TEPCO caused the accident, it should not be involved with nuclear power. On the other hand, nuclear power has close ties and support in local areas. Even so, no clear picture of the future is presented. The government needs to show a clearer, more specific nuclear policy, doesn’t it?

Judge: In many countries, residents in siting areas certainly welcome NPPs, as economies are vitalized, and employment opportunities are created. Regional culture is invigorated as well, along with education. There are many examples of electric power companies and the like being good members of their local communities.

The Japanese government is considering measures to deal with climate change and seeking a best energy mix. In order to simultaneously resolve the issues of the environmental burden and energy supply and demand, nuclear power is essential.

What is important here is political leadership and the role of municipal leaders. They should clearly state their positions on restarting NPPs. 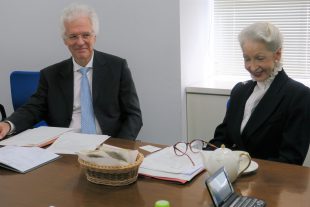 Obviously, nuclear power is not the only source of energy. Solar and wind, oil and natural gas—all need to be properly combined. Among them, nuclear power is a base load power source that can deliver electricity 24 hours a day. It is essential, without question, in a best energy mix.

The sun does not shine all the time. The wind does not always blow. Nuclear power—also in terms of the environmental burden—is a key power source. I hope local municipal leaders will themselves understand the characteristics of nuclear power and express their views.

Additionally, and this is not limited to Japan, women tend to be more negative toward nuclear power. I think that it is necessary to help them understand its importance for their families, friends, the communities and countries in which they live.

——Unfortunately, there is almost no discussion in Japan about nuclear power’s environmental superiority or efficiency. In order for Japanese nuclear technology to play an international role in the areas of nuclear safety and technological innovation, it is necessary to continue R&D on safety and advanced reactors domestically, wouldn’t you say?

Lester: Yes. I think Japan has become passive about nuclear power since the accident at Fukushima Daiichi. Looking around the world, however, climate change issues are being widely discussed, and part of those discussions is technological innovation—that is, whether technological innovation could make nuclear power more economical and whether competitiveness could be enhanced.

Importantly, in order to play a more proactive international role, Japan should jump into such discussions, rather than sit passively.

Japan has ability in the relevant technological areas. It has the financial resources to realize technological innovation. Given that Japanese nuclear technology is at an internationally high level and the country has accumulated experiences unique to itself, I want Japan to play an international role, recognizing that its nuclear facilities and technical infrastructure are its assets. In that respect, too, I want Japan to join positively in world climate change discussions.