The latest session of the Japan-IAEA Nuclear Energy Management (NEM) School was held from July 17 through August 2 at the University of Tokyo, as well as in Fukushima and Ibaraki Prefectures. The course is designed to foster nuclear management capabilities among young leaders, along with understanding in areas such as nuclear policies and regulation. 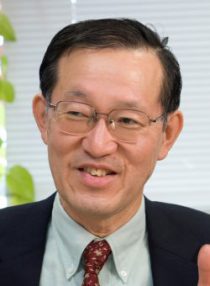 This year, 26 students from Japan and 12 other countries participated in lectures and work groups, and also paid visits to the Fukushima Daiichi Nuclear Power Plants and Fukushima Daini NPPs. Additionally, they carried out exchange activities with students at the National Institute of Technology, Fukushima College.

At a regular meeting of the Japan Atomic Energy Commission (JAEC) on September 4, an overview of the school was presented by the chairman of its executive committee, Professor Mitsuru Uesaka of the Nuclear Professional School, which is part of the Department of Bioengineering within the School of Engineering at the University of Tokyo.

Several distinctive changes that were made this year included the standardization of the curriculum through the introduction of the IAEA’s e-learning system, and a system of continuing professional development (CPD) that encourages students to continue studying by converting their learning histories into points.

Referring to leadership during emergencies, Uesaka cited a lecture on the subject given this time by Vice President Naohiro Masuda of the Tokyo Electric Power Co. (TEPCO), who was in charge at the Fukushima Daini NPPs when the massive earthquake occurred more than seven years ago on March 11, 2011. Masuda had given a similar lecture last year.

Looking forward, the professor said that the IAEA had asked for a review of the current technical tours of facilities, suggesting that restarted NPPs be included the next time the course is given.

After hearing the report, JAEC Chairman Yoshiaki Oka—who himself gave a kick-off lecture at the opening session of this year’s course—voiced his high regard of the school, saying, “It has been taking hold steadily, year by year. The fact that is operated thanks to cooperation among various universities and research institutes, together with the nuclear industry, is marvelous.”

Additional suggestions from JAEC members in relation to the school included starting the distribution of online versions of the school’s lectures to institutions of higher education around Japan, as well as making the training materials available to the public and publicizing the system of CPD points.