On June 8, the Cabinet approved the “Annual Report on the Environment, the Sound Material-Cycle Society and Biodiversity in Japan,” which is conventionally called the Environmental White Paper 2021. 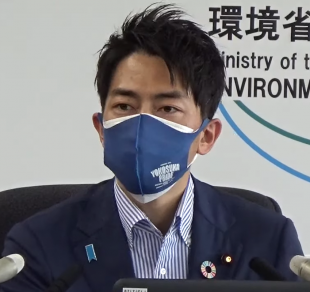 The white paper addresses three shifts implemented in measures by Japan’s Ministry of the Environment (MOE) in 2020, in accordance with its theme of redesigning the economy and society toward carbon neutrality by 2050. The three shifts are to a low-carbon society, to environmental economics, and to a decentralized society.

At a press conference after the Cabinet meeting the same day, MOE Minister Shinjiro Koizumi said, “Younger people in particular, who cannot escape a time when climate change will become increasingly serious, are encouraged to read the white paper.” He said he looked to hearing from such people, particularly, their views and even proposals on the policy challenges ahead.

The white paper recognizes March 2021—the tenth anniversary of the giant earthquake of March 11, 2011 (the Great East Japan Earthquake) and the subsequent accident at the Fukushima Daiichi Nuclear Power Plants –as a turning point, and devotes a chapter to the reconstruction of the affected areas and activities toward restoring the environment.

In addition, it outlines efforts over the past decade to rejuvenate the environment after the effects of contamination by radioactive materials. It also refers to the government’s basic policy, decided two months ago, on the handling of treated water at Fukushima Daiichi.