On June 13, the team organized by the Japanese government to coordinate the decommissioning of the prototype fast breeder reactor (FBR) Monju (280MWe)—owned by the Japan Atomic Energy Agency (JAEA) and located in Fukui Prefecture—officially adopted the basic policy concerning the move, now that it has firmly been decided upon. The team includes officials from the Cabinet Secretariat, the Ministry of Education, Culture, Sports, Science and Technology (MEXT), and the Ministry of Economy, Trade and Industry (METI). 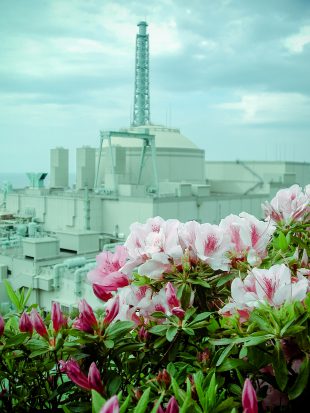 The basic policy for Monju’s decommissioning—expected to take some three decades to complete—includes removing spent nuclear fuel from the reactor within a period of five and a half years since the work starts. The spent fuel will then be transported out of the prefecture and reprocessed.

The government will finalize the details of the plan on transporting the spent fuel before it is completely removed from the reactor. The reactor’s sodium coolant will also be taken out. No definite destination for the fuel has been specified, however.

Until the approval, JAEA will continue to deem Monju to be “under construction,” though it actually began being built in 1985. Because of the decommissioning, it will thus end its lifetime before ever being categorized “in operation.”