Japan’s CO2 Emissions Fall 4.6% in FY18, Thanks in Part to Restart of NPPs

On April 14, Japan’s Agency for Natural Resources and Energy (ANRE) released the results of its survey of energy supply and demand in the country for FY18 (ended March 31, 2019). Final energy consumption was 13,124PJ, down 2.7% from the previous year. Meanwhile, final energy consumption in the household sector fell 7.8% over the same period, thanks to a warm winter. 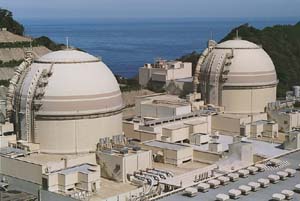 While the non-fossil power source share (including nuclear and renewables) increased for the sixth year in a row, the percentage for fossil fuel was down for the sixth consecutive year, at 85.5%. Total generated electricity was 1,051.2TWh, 0.8% less than in FY17.

Energy-derived CO2 emissions in Japan for the period under review amounted to 1.06 billion tons, down 4.6% from the previous year, for the largest drop in five straight years of reductions. That figure represented a 14.2% reduction from FY13, when the energy supply from fossil fuels had peaked on account of across-the-board NPP shutdowns in the wake of the massive earthquake that struck eastern Japan in March 2011.

According to an announcement by the Ministry of the Environment on the same day (April 14), Japan’s domestic emissions of greenhouse gases in FY18 measured 1.24 billion tons CO2 equivalent, down 3.9% year-on-year, and 12.0% less than the FY13 level.

Japan’s long-term target, stated as an international commitment based on the Paris Agreement, is to reduce its greenhouse gas emissions by 26% from the FY2013 level by FY30, which begins a decade from now.