On April 21, Japan's Advisory Committee for Natural Resources and Energy released its outlook for the nation's electricity supply and demand this summer. A capacity reserve margin of three percent—the minimum requirement for a stable supply of electricity—will be secured in all ten electricity service areas of the country (Hokkaido, Tohoku, Tokyo, Chubu, Hokuriku, Kansai, Chugoku, Shikoku, Kyushu and Okinawa). Also, the national government will not request specific power-conservation actions, just as it had last winter. 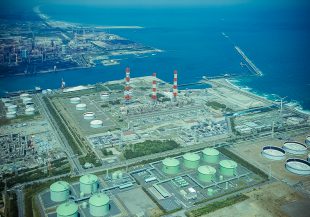 The outlook for the summer will be finalized once discussions take place by the prime minister and others. They will also decide on measures for power supply and demand in the same period.

After Japan’s power retail market was fully deregulated in April 2016, the advisory committee, which has been looking at the electricity supply-and-demand outlook for both summer (July to September) and winter (December to March) since last winter, has been discussing the roles of the existing power utility companies and new entrants in the country’s ten electricity service areas.

Their discussions have included assessments of trading across the service areas, as presented in a report by the Organization for Cross-regional Coordination of Transmission Operators (OCCTO).

As for the nuclear component of the power supply, 2,550MWe was included for August, slightly less than the total output of the Ikata-3 and Sendai-1 and -2 Nuclear Power Plants, which have restarted in two of the electricity service areas.

Although Japan’s dependence on thermal power has declined somewhat owing to more and more NPPs restarting, it remains high. Thirty-four so-called “aged” thermal power plants are expected to be in service this summer as well, leading possibly to unexpected outages.

With so many NPPs still shut down, the total fuel costs at Japan’s nine power utilities for the fiscal year ended March 2017 were estimated to have risen JPY1.3 trillion (USD11.8 billion at USD1=JPY110) from their FY10 level, representing a burden of about JPY10,000 (USD91) more per person nationwide.

Although that situation should improve as well, it nonetheless represents a major outflow of national wealth. Japan’s cumulative increase in fuel costs from FY10 through FY16 may be as much as JPY15.5 trillion (USD140.9 billion), or about JPY120,000 (USD1,091) per person.

In addition, the growing use of fossil fuels has caused increases in power rates and CO2 emissions, both of which also pose serious issues for the structure of power supply and demand.

Despite such issues, the Agency of Natural Resources and Energy (ANRE) will not ask for energy to be conserved nationwide, but rather implement measures for a “strained” supply-and-demand situation, such as: