At its regular meeting on September 27, the Nuclear Regulation Authority (NRA) of Japan approved draft review reports concerning the Kashiwazaki Kariwa-6 and -7 Nuclear Power Plants (NPPs, ABWRs, 1356MWe each) owned by the Tokyo Electric Power Co. (TEPCO) in Niigata Prefecture. The power company is working toward the restart of the reactors 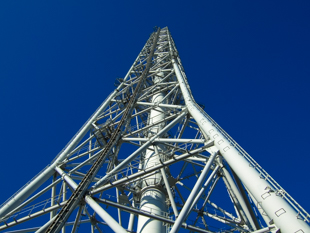 It was the conclusion of the drafts that both reactors meet the country’s new regulatory standards. The NRA has now begun deliberations toward finalizing the reports, and the final documents are expected to be approved at the body’s next meeting on October 4.

The units have thus effectively cleared safety examinations under the new standards. They will be the first of TEPCO’s NPPs to be approved, even though it was responsible for the March 2011 accident at the Fukushima Daiichi NPPs. They will also be the first boiling-water reactors (BWRs)—the same type as those used at Fukushima Daiichi—to have passed the examinations.

The examinations of Units 6 and 7 at Kashiwazaki Kariwa focused on the eligibility of TEPCO itself as an operator: that is, whether it was truly fit to restart the plants as the party responsible for the Fukushima Daiichi accident. The NRA even pursued that question in the exceptional way of calling TEPCO’s management to testify.

It is expected that permission to restart the reactors will be officially granted early next year, or sometime soon after, following public reviews and an opinion from the head of the Ministry of Economy, Trade and Industry (METI) on TEPCO’s eligibility.

The agreement of Niigata Prefecture, though, is another matter. The position of the governor, Ryuichi Yoneyama, is that the cause of the Fukushima Daiichi accident has not been verified, and that it will take three or four years before it can do so. Several years are therefore expected to be needed before TEPCO can restart the units.

The NRA, when it took up the issue of the power company’s eligibility, decided that it was necessary to hear from TEPCO President Tomoaki Kobayakawa and other management officials. It called them to its meetings in July and August to sound them out on NPP decommissioning and ensuring safety.

At a meeting in July, former NRA Chairman Shunichi Tanaka said, “An operator that cannot actively tackle the issue of the decommissioning of Fukushima Daiichi is not eligible to restart the units.” He instructed TEPCO to respond in writing on such matters as how it would dispose of contaminated waste.

In response, while TEPCO did not present any specific measures for contaminated-water disposal, it did declare its determination to “carry out the decommissioning through to the end” at a hearing held at the end of August. The NRA has recognized the power cmpany’s intent, and demonstrated a certain level of understanding toward it.