On June 20, several Liberal Democratic Party (LDP) members of the Japanese Diet belonging to a caucus promoting the stable supply of electricity visited Hiroshige Seko (55), head of the Ministry of Economy, Trade and Industry (METI), where they handed him a written proposal on the national Strategic Energy Plan, the revisions to which are still being hammered out. 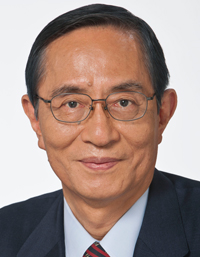 The caucus is headed by Hiroyuki Hosoda (74), a member of the House of Representatives (Lower House), who has served—among other posts—as chairman of the LDP Executive Council and Minister of State for Science and Technology Policy.

A draft issued in May by the Advisory Committee for Natural Resources and Energy was released to the public for comments and opinions through June 17, with an eye toward revising the plan. After the revisions are incorporated, the draft is expected to be finalized as early as this summer.

The caucus’s proposal strongly calls for the early restart of the country’s nuclear power plants, largely shut down following the March 2011 accident at the Fukushima Daiichi NPPs. It also urges the government to include specific measures in the next Strategic Energy Plan.

Its recommendations were made from the following viewpoints: (1) the need to reduce the domestic cost of electricity, which greatly affects the country’s industrial competitiveness, (2) the need to secure a stable supply of electricity, the foundation of people’s economic activity, and (3) the need to substantially reduce greenhouse gases (GHGs) to combat climate change.

It also cited attempts to streamline the examinations being carried out by the Nuclear Regulation Authority (NRA) by clarifying their standards, aiming at the realization of a combination of power sources (the so-called “energy mix”) for Japan by 2030 that includes a nuclear share of 20-22%. The examination system and procedures would also be evaluated and reviewed.

The proposal also refers to such matters as government accountability in court processes, along with the revision (i.e., extension) of NPP operating lifetimes based on scientific and technological grounds.

In the draft of the Strategic Energy Plan, looking toward 2050, nuclear power is merely positioned as one “option during the stage of commercialization for realizing a low-carbon society.” The proposal, meanwhile, seeks a clearer statement that “nuclear power continues to play an important role as a carbon-free, base-load power source.” It also calls on the government to start discussions on replacing old NPPs with safer, more economical ones, and constructing new NPPs, as well as restarting existing ones.

The caucus’s proposal also stresses the need to enhance policies regarding infrastructure for technology, human resource development and international business development, including designing and operating AI simulations, reducing waste volume, and carrying out R&D on radiation-resistant robots. It also supports the participation by Japanese manufacturers in overseas construction projects.

Diet member Hosoda, when talking with METI Minister Seko, demonstrated his concern about the slow restart of NPPs by saying, “A huge amount has been invested and thousands of people work at each NPP. Although the Shimane-3 NPP is nearly finished, there is currently no prospect of its starting up any time soon.” He thus urged the minister to “speed things up.”

In response, Seko promised to develop a “responsible energy policy.” He said that he would do so based on actual situations related to nuclear-related human resources, technological and industrial infrastructure, and strategies for regional development.

After finishing talking with the METI minister, Hosoda spoke to the press. In his comments, he emphasized the necessity of nuclear power by telling the reporters that Japan would not be able to continue using fossil fuels forever, on account of global warming issues and the sharp increase in global energy demand.