On September 28, a research group consisting of Associate Professor Michio Murakami of the Fukushima Medical University, Dr. Masaharu Tsubokura of the Minami Soma Municipal General Hospital and others released a report in English in the online scientific magazine PLOS ONE concering the health risks to residents in affected areas in the wake of the March 2011 accident at the Fukushima Daiichi Nuclear Power Plants. 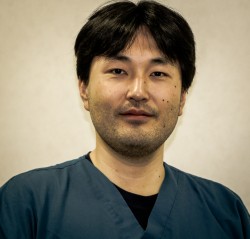 Notwithstanding that, from the data, the extent of LLE due to increases in diabetes for people in their 40’s to 70’s was approximately thirty times greater than the LLE due to cancer from radiation exposure. Accordingly, the report argues that it is important to deal with various risks in a balanced manner to improve the health conditions of victims in disasters.

Given the report of a significant increase in the prevalence of diabetes, primarily among evacuees after the Fukushima disaster—against a backdrop of no major changes in nationwide rates before and after the disaster—the research group undertook an evaluation of the health risks for residents in the cities of Minamisoma and Soma.

Models based on epidemiological data on survivors of the bombings in Hiroshima and Nagasaki and a so-called “life table” released by Japan’s Ministry of Health, Labour and Welfare (MHLW) were used to calculate LLE from cancer due to radiation exposure, using a method intended to over-evaluate risk compared to the actual situation.

For diabetes, the group referred to health diagnostic data gathered on residents in both cities from 2008 to 2014, and established three scenarios according to the number of years during which the prevalence rate increases after the disaster, compared with the case of there being no disaster.

According to the analysis, LLE due to radiation-caused cancer for residents in their 40’s to 70’s was 0.0024 years, while that attributable to increased diabetes was 0.08 years in the study’s most severe Scenario 3 (in which the prevalence rate for all generations increases after the disaster and continues to increase for ten years), or about thirty-three times greater.

In younger generations, the gap narrowed: LLE due to cancer triggered by radiation exposure for all residents, including those in their 30’s and younger, was 0.0069 years. Meanwhile, that attributable to diabetes (Scenario 3) was 0.041 years, or 5.9 times greater.

The research also compared the cost effectiveness of measures for radiation exposure with those for diabetes using an extended cost method. Through its report, the research group advocates recognition and understanding of diverse risks, rather than focusing on a single risk, saying, “The understanding by policymakers and individuals of multiple risks after any disaster will be essential to saving victims’ lives.”

In an exclusive interview with Atoms in Japan, Doctor Tsubokura commented, “The consequences of a nuclear accident are more than just radioactive contamination and radiation exposure. There are also quite significant health risks from worsened chronic diseases, including diabetes, owing to changes in living and societal environments. Continuous work must thus be made on countermeasures.”

He went to say, “Fortunately, the exposure of the residents after the Fukushima Daiichi accident was kept low. Measures against future nuclear accidents, including evacuation, need to be considered, with an emphasis on environmental changes.”