At 10:00 a.m. on June 23, the Kansai Electric Power Co. (Kansai EP) restarted its Mihama-3 Nuclear Power Plant (PWR, 826MW). The unit had entered a periodic inspection in May 2011, slightly more than decade ago. 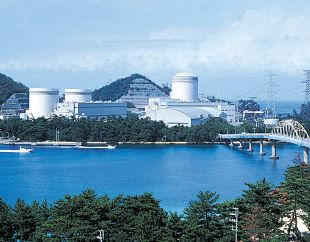 In the wake of the giant earthquake of March 2011 (officially named the Great East Japan Earthquake), the Japanese government passed legislation limiting NPPs to 40 years of operation in principle. Mihama-3 will be the first unit to be restarted since then that had served for more than 40 years. Its restart will be the first step toward the long-term utilization of NPPs whose safety has been confirmed.

During the decade-long operational hiatus of the reactor, the central control room at Mihama-3 was digitalized as part of work to enhance safety measures. Persons on duty for the restart have trained on a simulator for about two years.

Operation of Mihama-3 during its restart went smoothly this time. The unit went critical before dawn on June 24, achieving sustained fission, and begin supplying power on June 29. After about a month of adjustment operations, it is expected to resume commercial service on July 27.

Given, however, that required anti-terrorism facilities will not be completed by the deadline of October 25, Kansai EP will halt the unit’s operation on October 23, after which Mihama-3 will enter another periodic inspection.

Kansai EP President Takashi Morimoto released a comment after the unit’s restart, saying, “We have carried out work prudently, conducting comprehensive inspections to prevent the occurrence of any problem. Each of us is braced and ready to carry out operations putting the top priority on safety.”

Meanwhile, Governor Tatsuji Sugimoto of Fukui Prefecture said, “Because the operation of Mihama-3 had been suspended for about 10 years, the prefecture asked Kansai EP to confirm and inspect the reactor comprehensively before restarting it. We are relieved that it has been restarted without a problem. Thanks to the restart, the level of safety management at Mihama-3 has moved one step higher. We hope and expect that the power company will strive toward safe operation in all its work there in the future.”