On November 22, a new card game called “RadLabo” was released by Tansan & Co., Inc., a Japanese board game manufacturer. Players of the game—which was developed by Assistant Professor Yuichi Tsunoyama, et al. of the Radioisotope Research Center of Kyoto University—can use it to learn basic facts about radiation as they play. 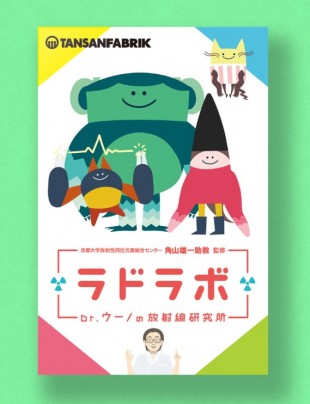 Two people play the game with two types of cards: “rad-cards” that represent alpha rays, beta rays, gamma rays and neutrons, as well as “block cards” representing shielding materials such as paper, plastic panels, lead and water. They can earn points by obtaining rad-cards through defenses formed by the block cards: that is, by penetrating the shielding materials.

Each rad-card has an illustration of a monster representing a type of radiation. For example, “Alphas” and “Betans” represent alpha and beta rays, respectively.