NRA Exchanges Views with President Sakamoto of RFS, Which Pledges to Make Its Utmost Efforts 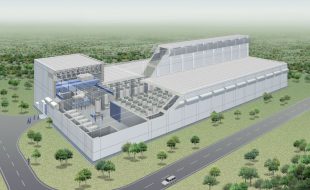 The NRA has been inviting the top management of individual nuclear operators for public talks on the efforts of each to improve nuclear safety, and the session with RFS was the first in that series.

NRA’s compliance examination of the storage facility with the new regulatory standards has been underway for about five and a half years, because, among other reasons, the assessment of the tsunami-resistance of the design has proceeded with difficulty. In February 2019, RFS was asked to demonstrate that the basic safety functions of its metal casks would be maintained even if the storage building was damaged by a tsunami.

At the August 6 meeting, President Sakamoto looked back on the circumstances of examinations of the interim storage facility in the past, and emphasized the need to maintain “sufficient communication with the regulatory authority.” He said that the company would do its best as far as the remaining points of difference were concerned, showing an attitude of wanting to further improve safety toward the launch of the business.

In response, NRA Commissioner Shinsuke Yamanaka, who had visited the facility in July as part of the examination, said that while the facility was “sturdy visually,” it was still necessary to make steady performance evaluations of the metal casks, emphasizing the importance of the “operator itself” understanding the characteristics of the casks.

In response to a question from NRA Commissioner Nobuhiko Ban about “maintaining motivation,” the RFS president noted that his company’s facility was the first ever built for interim spent fuel storage in Japan. He stressed that motivation was extremely high to do whatever was necessary to get the business up and running.

Pointing out that most of RFS’s workers were currently on loan from the Tokyo Electric Power Co. (TEPCO) and the Japan Atomic Power Company (JAPC)—because the facility will deal with spent fuel from those two companies—Sakamoto also said that the development of his company’s own dedicated workforce was an issue, because the business ends with reprocessing, after storage and management.

With an eye on the future, he expressed his enthusiasm for enabling employees to accumulate experience and increase their motivation.

Apart from those topics, the participants in the meeting discussed work safety in extremely cold regions, as well as such matters as hands-on training and procurement control.