On October 10, the Shikoku Electric Power Co. filed an application with the Nuclear Regulation Authority (NRA) of Japan for approval of its decommissioning plan for the Ikata-2 Nuclear Power Plant (PWR, 566MWe). The power company also submitted requests to Ehime Prefecture and Ikata Town under the nuclear safety agreements that it has concluded with those governments for their preliminary agreements to the plan. 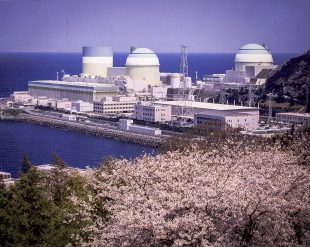 As in the case of Ikata-1, the decommissioning of Ikata-2 will be carried out over a period of forty years, divided into four phases, in order to ensure that all the processes—investigating for adhered radioactive materials, and dismantling each facility—are carried out safely and smoothly.

During the first phase of dismantling preparation, the 316 spent fuel assemblies stored in the unit will be separated into three areas: a dry storage facility on-site (scheduled to start operation in FY23, starting in April 2023), a spent fuel pit at the Ikata-3 NPP, and the reprocessing plant in Rokkasho Village. The 102 unused fuel assemblies, meanwhile, will be delivered to a fuel fabrication facility.

Ikata-2 has not been operational since a periodic inspection was conducted in January 2012. When the new regulatory standards were issued in July 2013, Shikoku Electric Power analyzed various factors involved in restarting the reactor, including costs, operating periods, and output, and decided in March 2018 to decommission the unit.

Approval for the decommissioning of Ikata-1 ensued in June of the same year. The same December, Kansai EP decided to decommission both its Ohi-1 and -2 NPPs. Last month, the power utility received permission to change its reactor installations (basic design approvals) at its Ohi-3 and -4 NPPs, enabling them to use recyclable fuel.

Governor Tokihiro Nakamura of Ehime Prefecture has released a comment on the decommissioning plan for Ikata-2, saying that the prefecture’s own nuclear safety division would continue to monitor the situation. In his remarks, he asked Shikoku Electric Power to consider such matters as regional development and responsible activities for waste disposal.