On October 27, the first meeting was held of the Subcommittee on Electricity Basic Policy, formed by the Advisory Committee for Natural Resources and Energy to address political issues in the process of electricity system reform. 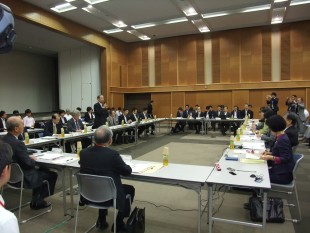 At the meeting, members started discussions to verify issues that may arise when Japan shifts to full retail competition in the electricity market starting in April 2016. The subcommittee is chaired by Professor Hirotaka Yamauchi of the Graduate School of Commerce and Management, Hitotsubashi University, in Tokyo.

With reform of the country’s electricity system already begun, steps must be taken to ensure safety, supply stability and environmental compatibility at the same time. In such circumstances, the subcommittee was established as a venue to address a broad range of policy challenges, such as developing an efficient, competitive electricity market, and strengthening the competitiveness of firms in the field, including designing business systems and models.

For the moment, the subcommittee will verify the state of implementation of reforms provided in the amended Electricity Business Act, with an eye on full retail competition. It will also address political challenges in bolstering competitiveness in a time of deregulation, including expanding business overseas.

At the first meeting, representatives of the Agency for Natural Resources & Energy (ANRE) of the Ministry of Economy, Trade and Industry (METI) reported on the progress being made to prepare for the full deregulation of the country’s electricity market, including registration of electric power retailers, examinations of applications for consignment charges, and detailed systems designs regarding retailing.

As of October 23, 48 retailers were registered out of the 95 applications made since August after hearings by the Electricity Market Surveillance Commission, which is under the direct control of METI.

The commission and ANRE will now issue guidelines on retail matters before the end of the year. After that, applications by customers who wish to change current contracts from their electric power retailers will be accepted starting next January.