On August 26, the Tokyo Electric Power Co. (TEPCO) issued a document concerning its basic approach to the recommencement of operation and decommissioning of the Kashiwazaki Kariwa Nuclear Power Plants, presenting it to Mayor Masahiro Sakurai of Kashiwazaki City, Niigata Prefecture. 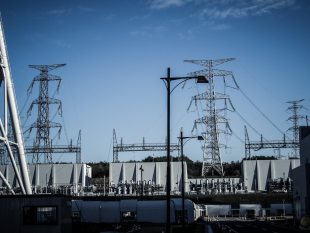 In June 2017, the mayor had asked the power company to present a decommissioning plan for Units 1 to 5 at the Kashiwazaki Kariwa Nuclear Power Plants by 2019, as a condition for approving the restarts of Units 6 and 7. TEPCO’s basic approach, mentioned above, presents the timing for deciding on the decommissioning. It includes a “hard look” at future power-source composition, as well as at the timing of an outlook for securing sufficient non-fossil power sources.

Based on actions in the meantime, TEPCO expects to decide to decommission one or more of Units 1 to 5 in five years after restarting Units 6 and 7, subject to local understanding.

In the document, TEPCO outlines the “future desired power-source composition” that it must aim for as part of its societal responsibility. Toward the target in the fifth national Strategic Energy Plan of achieving about 40 percent of total generated electricity using non-fossil power sources by 2030, renewable sources are to be developed, such as solar power, wind power, hydropower and geothermal power, “along with nuclear power.”

In the coming decade, meanwhile, TEPCO will endeavor to develop 2-3 MW of renewable energy power generation, while intending to make maximum use of its NPPs, thus continuing its pursuit of restarting the reactors, among other measures.

Reporting on current activities at the Kashiwazaki Kariwa NPPs—at which Units 6 and 7 obtained approval in December 2017 for changes to their reactor installations (basic design approvals), so as to comply with the new regulatory standards—TEPCO said that the work on safety measures at Unit 7 was expected to be completed around December 2020. Also, it said that based on the results of examinations at Units 6 and 7, it was addressing the compatibility of Units 1 to 5 with the new standards.

Additionally, in restarting Units 6 and 7, TEPCO will strive to enable local people to feel “safe and assured” and to obtain their understanding. It said that it would provide information promptly on problems at the plants, and cooperate fully with Niigata’s three investigative committees, in order to demonstrate that the units meet safety expectations and can deliver stable, inexpensive electricity.

The seven units at the Kashiwazaki Kariwa originally commenced operation between 1985 (Unit 1) and 1997 (Unit 7). As a consequence of the wake of the Niigata Chuetsu Offshore Earthquake of July 2007, however, Units 2 to 4 were shut down, and have subsequently not been in service for approximately twelve years, although Unit 1 and Units 5 to 7 were recognized as sound and continued operating.