Thoughts on the occasion of the framework agreement for Iranian nuclear development: Accelerate the promotion of Japan’s fuel cycle policy

The other day, the five permanent members of the United Nations Security Council and Germany — the so-called “P5 plus 1” countries — announced the agreement of a framework toward the resolution of the longstanding issue of Iran’s nuclear development. According to the framework, Iran is to agree to accept monitoring by the International Atomic Energy Agency (IAEA) for the purpose of inspection, while restricting its nuclear development over a period of 10 to 15 years. Although certain issues have yet to be resolved prior to the signing of the final agreement, the framework should be welcomed as a big step that may lead to the realization of stability and peace in the Middle East. 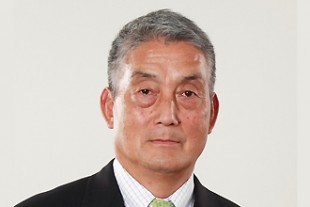 The signing of the framework agreement with Iran, one of the major powers of the Middle East, should not be regarded as simply the issue of a single country’s nuclear development. It can also be inferred that the agreement will produce positive ramifications in neighboring countries, both politically and diplomatically. The move toward the stability of the Middle East, which supports the world’s use of petroleum, ought to greatly contribute to the achievement of global energy security. We look forward to the reduction of any risk factors impinging on global energy security. The opportunity provided by the Iranian agreement ought to spur movements to restore stability and peace in the Middle East.

Japan, in particular, is highly dependent on Middle East oil. It is no exaggeration to say that the safety of the Hormuz Strait is an issue of highest priority for Japan to achieve energy security. Consequently, developments in the Middle East, as far as Japan is concerned, are by no means merely events in some far-off land, but rather something requiring the country’s active cooperation toward the region’s stabilization.

After the signing of the final agreement, scheduled for the end of June, and once it is confirmed that the agreement is being executed through IAEA monitoring, the next step in the arrangement is the lifting of economic sanctions against Iran. The IAEA has a large role to play, through its inspections, in halting Iran’s nuclear development.

A grand premise underlying the healthy and sustainable development of nuclear energy utilization is the “3S” of safeguards (nuclear nonproliferation), safety (nuclear safety) and security (nuclear security). As the only country ever to suffer atomic bombing, Japan has consistently and rigorously pursued the peaceful utilization of nuclear energy from the outset of its domestic development in the 1950s. In the area of IAEA safeguards, too, it was the first country with nuclear power facilities to sign the Agency’s Additional Protocol, actively entreating other countries to accede to the protocol as well.

Also, Japan is one of the leading countries in the world in the areas of nuclear nonproliferation and nuclear security, building up a record of achievement that makes it a model for others to imitate. It has jointly developed an effective and efficient safeguard system for commercial-scale reprocessing plants such as Rokkasho Reprocessing Plant, in cooperation with the IAEA and other entities. The Japan Atomic Energy Agency (JAEA) has contributed to the establishment of an international inspection system related to the Comprehensive Nuclear Test Ban Treaty (CTBT). The Integrated Support Center for Nuclear Nonproliferation and Nuclear Security (ISCN) has also been set up, contributing to the development of human resources both in Japan and elsewhere.

Japan’s efforts along these lines have garnered it plaudits on the international stage. The world is undoubtedly also expecting contributions from Japan in the process of Iran’s abiding by the recent framework agreement as well, such as in the areas of guaranteeing transparency and openness, and tying that to a broader understanding by countries across the globe. I believe that Japan can also make active contributions in providing technology it has developed so as to increase the efficacy of IAEA’s inspections.

Meanwhile, Japan’s Strategic Energy Plan — approved by the Cabinet in April 2014 — has put forth the nuclear fuel cycle policy as a fundamental principle. Securing understanding from international society is indispensable in the promotion of both the reprocessing of spent fuel and the utilization of plutonium. Japan is the only country without nuclear weapons for which reprocessing and enrichment has been recognized, under the supervision and monitoring of the IAEA. The reason for that is that it has gained the trust of other nations owing to their appreciation of the country’s record of unstinting efforts in nuclear nonproliferation and the like, as previously mentioned.

As demonstrated in the recent controversy over Iran’s nuclear development, it is impossible to gain the understanding of international society if a country has only murky plans for the nuclear materials it possesses, such as uranium and plutonium. In 2018, the Agreement for Cooperation Between the Government of the United States of America and the Government of Japan Concerning Peaceful Uses of Nuclear Energy comes up for revision. Japan may lose the trust and status it has built up so far unless it can demonstrate a definite schedule and steady progress for the outlook for various programs it has slated, such as the operation of the Rokkasho Reprocessing Plant and domestic plants for the production of plutonium-uranium mixed oxide (MOX) fuel, as well as the plans to utilize Japanese plutonium stored overseas and to use plutonium fuel in commercial nuclear power plants domestically.

In addition, judging from the international terrorism situation, it is necessary to redouble nuclear security measures for the plutonium extracted for reprocessing.

In Japan, the focus of national attention seems to be concentrated on such immediate issues as the restart of the country’s NPPs, all shut down since the 2011 earthquake, and the decommissioning of NPPs. However, both the government and nuclear operators ought to shift to a more international perspective that is more medium-term and long-term, and swiftly make preparations for the promotion of the country’s nuclear fuel cycle policy, toward the revision of the U.S.-Japan nuclear energy agreement three years from now.