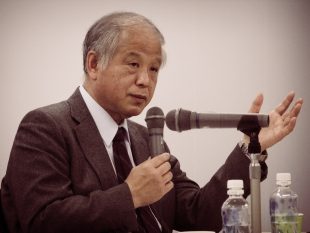 Additionally, the Genkai-3, along with the Kansai-EP’s Takahama-3 and -4 and the Ikata-3 of the Shikoku Electric Power Co.—the latter three of which had previously been restarted—are partially using mixed uranium-plutonium oxide (MOX) fuel.

Despite the long time needed for the new regulatory inspections to be carried out, I wish to pay my respects again here to the regulators and nuclear operators for their response to them, having conducted them safely and without making any compromises.

Kansai-EP has already successfully restarted the Takahama-3 and -4 NPPs, and Kyushu Electric Power the Sendai-1 and -2 NPPs, and I hope that the two power companies will use those experiences as a foundation toward the safe and steady resumption of operations at the two recently restarted reactors, as doing so will contribute to a more stable power supply for Japan as well as reduced CO2 emissions.

It is through the accumulation of such positive achievements that the Japanese people will come to deepen their understanding of the value of nuclear power. I look forward to smooth progress being attained by the inspections currently being conducted at other NPPs, ultimately aiming toward their swift and early restart.