On August 4 and 5, the 4th International Forum on the Decommissioning of the Fukushima Daiichi took place in Fukushima Prefecture, sponsored by the Nuclear Damage Compensation and Decommissioning Facilitation Corporation (NDF). 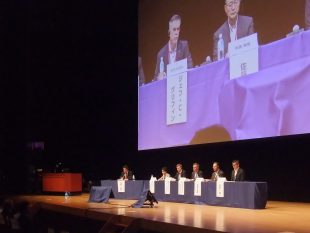 The first day of the forum featured a dialogue-style workshop in Tomioka Town with local residents, as well as sessions with students. On the second day, the participants moved to Iwaki City, where experts and specialists from Japan and overseas conducted panel discussions under the theme of “Working in Partnership with Local Communities.”

A total of about 1,300 people participated during the two days, about half of them from Fukushima Prefecture.

At the opening of the second day, NDF Chairman Hajimu Yamana kicked off the discussions by mentioning the vigorous exchanges he had had with sixty high school students and local people the day before. He stressed the significance of the theme of the forum, and that decommissioning was a project being undertaken together with local communities.

Progress, Yamana said, would occur over the medium term and long range, including the future removal of fuel debris. Making full use of the power of local communities in the decommissioning project, he added, would require the “fermentation of mutual understanding,” along with working together with local people-based precedents at legacy sites overseas. 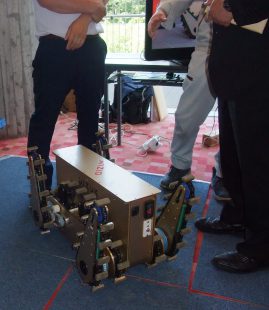 Next to speak in the second day was Mayor Toshio Shimizu of Iwaki City, a forum guest, who emphasized local power, saying that approximately 60 percent of the four thousand people engaged daily in the work of decommissioning Fukushima Daiichi were from the local area. He expressed his high hopes for “sharing knowledge and experiences from overseas” to complete the prolonged decommissioning process, and stated his wish for significant discussions to that end.

Following Mayor Shimizu was Vice President Ivan Baldwin of the British National Nuclear Laboratory (NNL), who cited Britain’s Energy Coast Business Cluster as an example of “coexistence and co-prosperity” with the local community. More than three hundred local companies in the Cumbria district of northwestern England are integrated in the cluster, which is not only involved in the Sellafield Nuclear Power Plants decommissioning, but also contributes to local development and growth.

The next speaker was Hiroaki Ishikawa of the West Japan Railway Company (JR-West), who emphasized that the deterioration of specific areas would be a managerial challenge for companies in the future, given the shrinking population of western Japan. He then referred to his company’s efforts to cooperate with local municipalities, including a project of mackerel cultivation, and suggested the necessity of the nuclear industry’s “enhancing regional value” via new business areas.

Next to deliver remarks was Mariko Chuman of Able Co., Ltd., a local company long associated with the Fukushima Daiichi NPPs. She showed the participants a video of the dismantling of the exhaust stack for Units 1 and 2 at Fukushima Daiichi, the work of which her company began this month. 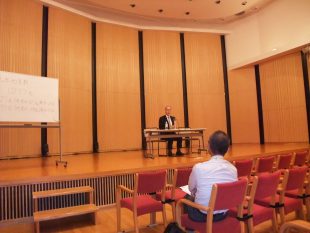 Chuman then described her company’s strengths, as follows: (1) prompt decision-making as a small to medium-size firm, (2) shorter work periods as a result of combining existing useful resources, (3) full knowledge of structures through work as a contractor for many years, and (4) “passion and action.” She emphasized her company’s determination to “change the bitter experience of the Great East Japan Earthquake [of March 11, 2011] into positive energy.”

In the subsequent panel discussions, representatives of the French Atomic Energy and Alternative Energies Commission (CEA), the British Office for Nuclear Regulation (ONR) and U.S. Department of Energy (USDOE) gave presentations, highlighting from their respective perspectives the importance of working with local communities.