On September 22, a dispute settlement panel (henceforth referred to as “the panel”) of the World Trade Organization (WTO)—ruling on the issue of the South Korea’s ban against and regulation of the import of marine products from eight Japanese prefectures, including Fukushima, owing to the March 2011 accident at the Fukushima Daiichi Nuclear Power Plants (NPPs) belonging to the Tokyo Electric Power Co. (TEPCO)—said that the import ban was an “unjustifiably discriminate” measure, and released a report recommending corrective action by South Korea. It also advised South Korea to similarly lift its demand for additional inspections on all Japanese food products. The ruling represented a victory for Japan, which had lodged a complaint against the series of restrictions. 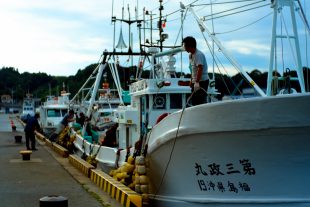 The panel’s ruling is equivalent to a “lower court decision.” On February 23, the South Korean government announced that it would appeal the ruling, stressing that it would “not lift current import restrictions.” It said that it would “strive wholeheartedly for the protection of safety, not allowing any food products contaminated by radiation whatsoever to be placed on South Korean dinner tables.” The Japanese government warned South Korea, saying that it “welcomes the panel’s ruling,” and that it “calls upon [South Korea] to make a swift rectification in good faith.”

The products completely banned by South Korea are all marine products caught and processed in the eight Japanese prefectures of Aomori, Iwate, Miyagi, Fukushima, Ibaraki, Tochigi, Gunma and Chiba. According to the report, the South Korean ban was “unnecessarily restrictive against trade” and was therefore in violation of WTO agreements relating to quarantine. It urged the lifting of the ban against the import of all twenty-eight types of fish—including yellowtail and Pacific saury—that Japan had requested. Since Japan had focused its complaint on those types of fish for which there was a strong desire by the fisheries industry for export, it excluded from the list certain types of river fish caught in Chiba and Gunma.

South Korea now requires Japanese exporters of all types of food products to present inspection certificates verifying the lack of plutonium or any other radioactive substances should its own inspections of those products find even an infinitesimal amount of cesium, iodine, or other such substance. It constitutes, in effect, a trade barrier, and the recent report also concludes that it, too, is unjustifiable.

After the 2011 reactor accident, South Korea banned the import of certain marine products from eight Japanese prefectures. In September 2013, it expanded the banned list to include all marine products from those prefectures because of the leakage of radioactive water, thus reinforcing its restrictions. Despite Japan’s protest that the unusual response lacked any scientific basis, South Korea did not relent, so Japan lodged its complaint with the WTO in August 2015.

The panel delivered its decision to both South Korea and Japan in October 2017, with both countries’ authorities then revealing that it was favorable to Japan. However, the actual report itself was not released publicly at the time.

After the March 2011 accident at the Japanese reactors, several countries and regions, including Hong Kong, China, and the United States, have imposed restrictions on the import of foods from certain food-production regions in Japan, mainly in the east of the country. Based on the recent panel ruling, Japan is stepping up its actions to have such restrictions removed.

On February 22, Japan’s Ministry of Agriculture, Forestry and Fisheries announced that the Turkish government had, as of February 17, removed restrictions against the import of Japanese food products and livestock feed from all of Japan’s prefectures. The restrictions had been put into place after the March 2011 accident at TEPCO’s Fukushima Daiichi NPPs.

Turkey now no longer conducts inspections for radioactive substances on all lots of imported substances from Japan, having returned to normal quarantine procedures. The country had previously performed inspections on each lot of cargo items made in Japan and imported into Turkey. In advance of the above deregulation, Turkey had already stopped the inspections of plant products from Japan in January, including that of cut flowers.

Japan’s exports of agricultural and fisheries products and foods in 2016 amounted to approximately JPY670 million (USD6.26 million at USD 1=JPY107). They consisted primarily of menthol used in the production of chewing gum, as well as livestock feed.