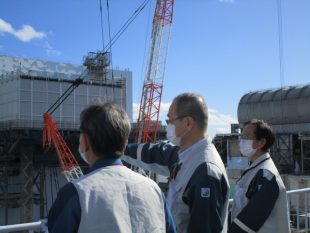 One day earlier, prior to the submission, TEPCO had submitted requests for prior consent to Fukushima Prefecture, Okuma Town and Futaba Town based on the agreement to ensure safety in surrounding areas related to the decommissioning of the Fukushima Daiichi Nuclear Power Plants (NPPs),. Under the Law for the Regulation of Nuclear Source Material, Nuclear Fuel Material and Reactors (the Reactor Regulation Law), the Fukushima Daiichi NPPs are designated as a specified nuclear facility on account of their damaged reactors. Given that, TEPCO is required to obtain a permission from the NRA for any change to facilities that secure safety. The ALPS-treated water dilution and discharge facility comprises one facility for measurement and confirmation and another for dilution. Sampling and ana...more 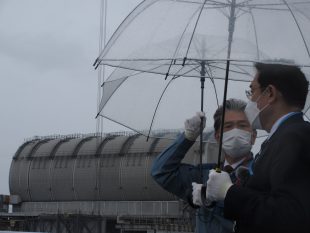