On July 30, after a hiatus of more than ten and a half years, the Japan Atomic Energy Agency (JAEA) restarted its High Temperature Engineering Test Reactor (HTTR), a high-temperature gas-cooled reactor (HTGR) with a thermal output of 3MW. The reactor is located in Oarai Town, Ibaraki Prefecture, about a 90-minute drive northeast of Tokyo.

The operation of the reactor had been suspended since the beginning of 2011 after its 13th cycle was completed. Since then, JAEA had been endeavoring to meet new regulatory standards for the reactor in the wake of the March 2011 earthquake. In November 2014, JAEA filed an application with the Nuclear Regulation Authority (NRA) for a compatibility examination of HTTR, following a similar application for its Japan Research Reactor No. 3 (JRR-3) in September. In June 2020, JAEA was given permission (basic design approval) to make changes to the HTTR installation, after which it undertook work on safety measures. The inspections necessary for restarting the reactor were finally completed In July 2021, and various other inspections will now be successively carried out to confirm the reac...more 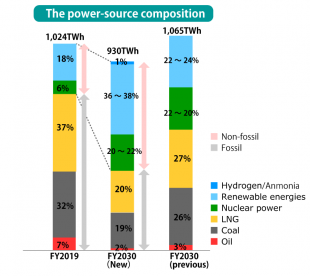