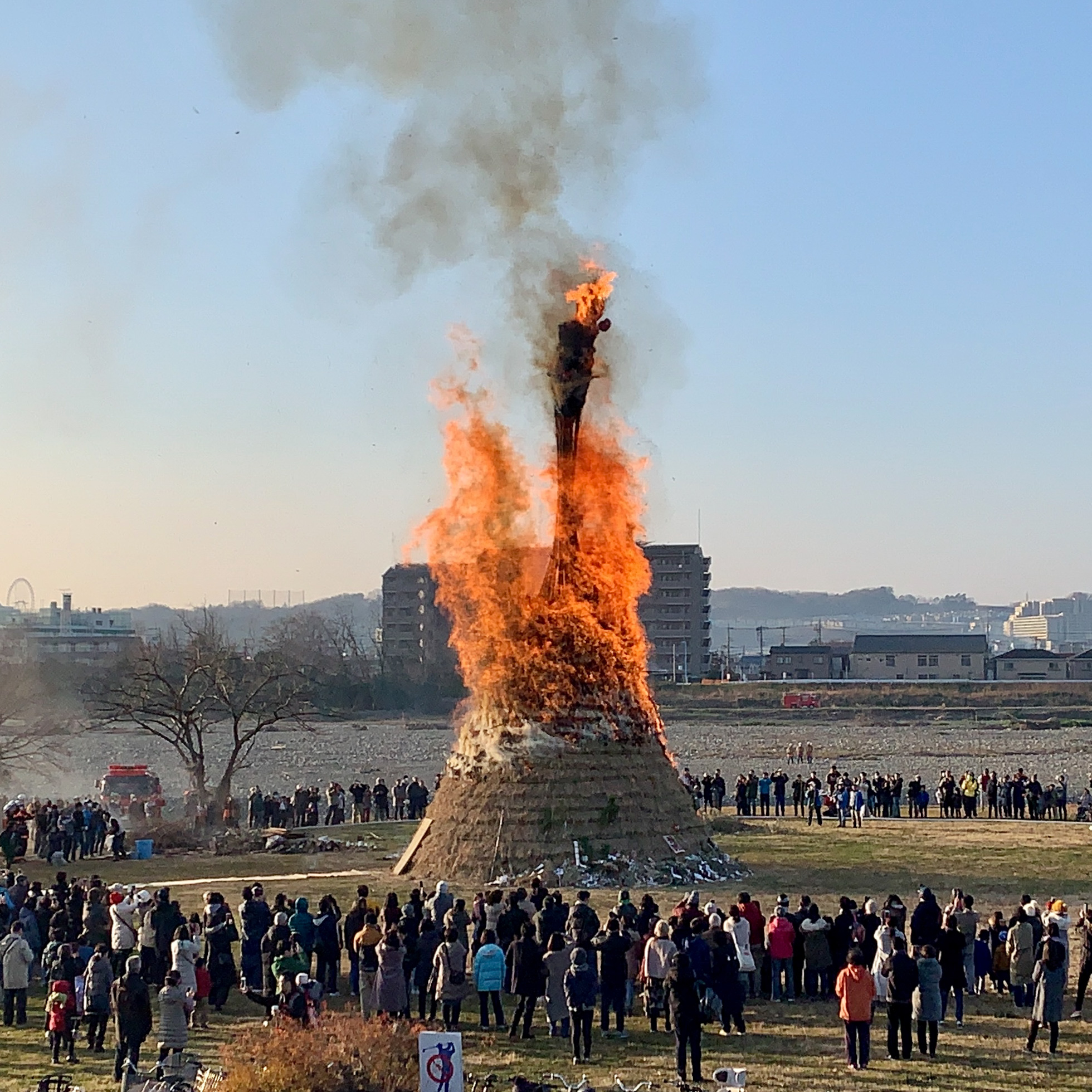 As I was doing my routine long run along the Tama River on a nice sunny Sunday, I saw a tower of about 2 stories high built with green bamboo, straws and reeds standing tall on the riverbed. The tower is built for “Dondo-Yaki”, a traditional fire festival held across Japan around January 15 to mark the end of New Year celebrations.

An interesting custom is that people in the neighborhood bring and gather their lucky charms, talismans, and other amulets from last year around the tower in advance, all to be burned at Dondo-Yaki as a way to thank for the good luck they brought in the past year. The one near where I live was held on January 13. On the day, a couple hundred local residents including myself woke up early and gathered around the tower for the highly anticipated “fire show”. As soon as a long horn sounded at 8am sharp, we saw a bonfire beginning to flame up, smoke soaring up high into the sky, and the sound of bamboo cracking. People watched the swaying fire peacefully while making their own wishes in mind. Also, it definitely felt awesome to warm yourself with the burning fire while exchanging New Year greetings with your neighbors (even though I knew no one there. lol).

Other than the custom of burning old lucky charms, it is believed that your handwriting skill will improve if you burn your “Kakizome”, the first calligraphy writing of the year, there. Most people waited for the flame to calm and grilled mochi (rice cake) in the embers using a long bamboo stick because eating it will make you stay healthy without catching a cold for the year to come. I had my mochi, made my wishes and went off for another long run to officially start the year of 2020.